The USMLE Step 2 Clinical Skills (CS) exam was implemented to assess medical students/graduates based on 12 standardized clinical encounters. The exam was graded as pass/fail based on three components: integrative clinical encounter (ICE), communication and interpersonal skills (CIS), and spoken English proficiency (SEP). To receive an overall passing grade, an examinee was required to pass all three components.

Over the years, there have been increasing demands to eliminate or change Step 2 CS for many reasons: the high cost of the exam along with the cost of travel as it was exclusively offered in six centers across the U.S., no feedback were provided to candidates on how to improve their performance and, most importantly, the lack of evidence to support the correlation between Step 2 CS and a well-rounded clinical performance.

But, eight months later, on January 26th, 2021, the relaunch was discontinued.

Subsequently, medical students/graduates are no longer required to take Step 2 CS to enter residency training, but many students and graduates who failed the exam before its suspension will continue to have their attempts reported on their USMLE transcript. These individuals may be at a disadvantage during resident selection. Therefore, an assessment was made to determine whether or not bias exists in resident selection between individuals with a failed attempt and ones who have not been tested.

We surveyed program directors (PDs) from seven different specialties: Internal medicine, neurology, child neurology, family medicine, pediatrics, pathology, and psychiatry. The survey included multiple choice and qualitative questionnaires, along with questions based on the Likert scale; 1 being not important and 10 being the most important. The results were collected between late-March to early-May of 2021.

Overall, the response rate was approximately 15%, with 49 program directors successfully submitting their responses.

The importance of Step 2 CS for Residency Selection

On average, PDs weighted the importance of having Step 2 CS completed on residency applications as a 6 out of 10. PDs were asked to choose between two candidates with a similar profile but with a different CS status. The results were as follows:

Would the disclosure of an applicant’s Step 2 CS history have an impact on the equality of opportunity?

69.4% of PDs agreed that disclosing failed attempts of a now-discontinued exam will negatively impact the resident selection process, while 20.4% were not sure and 10.2% disagreed. The majority of the PDs agreed that it may lead to bias. Some of the responses received were as follows: “It will affect perception.” “Program directors might regard students who failed (and were unable to retake) in a negative light, this is completely unfair. These scores should be wiped from USMLE records.” “Disclosing poor performance on a discontinued exam may bias PDs against those individuals.” “Failing CS, especially when they can’t retake it, is a blemish on the record, that the student can’t do anything about it. Seems unfair.” “If Step 2 CS will be permanently discontinued, then its reporting should also be discontinued.”

42.9% of the PDs responded they have not used Step 2 CS to filter residency applications in the past. However, 40.8% will continue to use the filter, while 16.3% of PDs who had used the filter in the past will no longer do so.

Additionally, the majority of PDs who responded agreed that reporting a failed attempt will hinder the equality of opportunity since current candidates are not mandated to take the same examination. Furthermore, even though Step 2 CS is discontinued, a large fraction of the PDs will continue to use it as a filter, and subsequently, many applications will not be reviewed by programs regardless of the candidate’s other strengths.

Consequently, these candidates will have a higher chance of either remaining unmatched, which adds to the growing U.S. physician unemployment rate, or match into a specialty that differs from their desired choice.

This study does have some drawbacks, given that there was a small sample size and low response rate. However, it may provide a snapshot of the bigger picture and if steps are not taken to address this bias, the United States health care system and the residency selection process may not accept candidates who have failed a now non-existent exam. Likewise, this survey did not include PDs from general surgery or surgery subspecialties, which are considered to be highly competitive disciplines.

In conclusion, bias is evident from the surveys; hence the USMLE and NBME should reconsider reporting Step 2 CS attempts on the USMLE transcript, which will help eliminate this bias and promote equality. Further surveys can be done to gauge the impact of the continued reporting on Step 2 CS on resident selection.

The authors are anonymous current and former medical students.

Confession from a female doctor: I am sexist 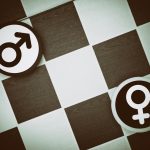 Why do physicians fail to focus on their personal finances? [PODCAST] 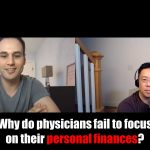