“Doc, I can’t believe it. I can’t believe I’m here right now.” Though in his mid-60s, my patient had the wide-eyed bewilderment more familiar of a child. He was late for our first visit together — but he was there and against the odds.

He explained to me that he had been picked up by police for attempted shoplifting while intoxicated the night before, stopped while trying to stumble out of a gas station with a bottle of whiskey in his pants. He was taken to jail and, given his history of drug-related offenses, informed these charges would be “enhanced,” translating to a likely five-year sentence. “Man, I’d be almost 70 by then,” he calculated.

To his disbelief, however, the judge took mercy on him that morning, and she granted his release. Tired, still homeless, and all the more anxious about his future, he was relieved at that moment, simply to not be in jail.

In the subsequent months working with this patient, I felt a tension considering his circumstances. On the one hand, he articulated a renewed motivation to engage with treatment, at least in some part due to the threat of re-incarceration. On the other hand, I questioned the personal and societal costs of this sort of punitive, negative reinforcement.

Ultimately, I wondered: What would five years of incarceration for this 64-year-old man with an alcohol use disorder accomplish, particularly following a misdemeanor offense?

I thought about the fact that, first, he had nearly missed an opportunity for treatment because of his interaction with the legal system. Second, what other motivators might have been more humane, sustainable and less stressful than this one? The fear of jail clearly had not stopped him from using substances to the point of this recent arrest. What instead could we learn from a curiosity about the root conditions that led him to steal? And lastly but critically, while my patient had caught a lucky break, what about the people who have not?

One in five people currently incarcerated in the U.S. are imprisoned for drug-related offenses or around half a million people. Twice the amount are arrested for drug violations each year, which equals an arrest every 25 seconds. And, unsurprisingly, people of color, like my patient, are disproportionately affected by the harms of drug criminalization. Specifically, Black Americans are almost six times more likely to be incarcerated for drug charges than white Americans despite similar rates of drug use.

Incarceration at this magnitude costs a significant sum of money. In 2015, U.S. taxpayers spent an estimated $9.2 million daily and $3.3 billion annually just on drug-related incarceration. Meanwhile, the entire budget for the Substance Abuse and Mental Health Services Administration (SAMHSA) in the same year was roughly equivalent at $3.6 billion. We do this despite evidence that every $1 spent on addiction treatment saves $7. These savings reflect the many returns on the investment, including reduced criminal justice expenses, increased employment rates, and lower overall health care costs.

Beyond the cost savings, avoiding incarceration has the potential to decrease the stigma associated with drug use and encourage treatment for those who need it. When resources are freed from drug enforcement budgets, we are better positioned to adequately fund substance use prevention and treatment services, education, addiction workforce training, harm reduction, and research. As an example, in Portugal, following all drug decriminalization and investments in treatment, they saw decreases in overdose deaths and infectious diseases, as well as increases in voluntary treatment, without significant increases in rates of substance use. For specifically 15- to 24-year-olds, drug use declined.

Removing the burden of a criminal record also protects one’s voting rights and immigration status, as well as expands both educational and employment opportunities. Moreover, incarceration contributes to trauma for incarcerated individuals and their families that can last for generations.

So, what could a parallel universe look like? We could choose to implement policies that treat low-level charges differently, things like simple drug possession, open container, trespassing, public intoxication, and misdemeanor shoplifting. Crucially, we could also invest resources currently spent on law enforcement and incarceration into alternatives.

In my patient’s case, perhaps a paramedic and a social worker would have arrived at the gas station instead of armed police. My patient could have been taken temporarily to a “sobering center” that offers respite, escorted safely home, or brought to a shelter. The next day, a peer support specialist or addiction counselor might have linked him with treatment. If not yet ready for treatment, a small fine or community service requirement may have been an alternative. The criminal justice system as we know it would never need to be involved — neither as a solution, a liaison nor a threat.

These are hardly new ideas. Back in 1936, August Vollmer, former Berkeley police chief and professor, wrote, “Stringent laws, spectacular police drives, vigorous prosecution, and imprisonment of addicts and peddlers have proved not only useless and enormously expensive as means of correcting this evil, but they are also unjustifiably and unbelievably cruel in their application to the unfortunate drug victims.”

Others more recently have agreed, including the United Nations Chief Executives Board, which voted unanimously in 2019 to endorse decriminalization of drug use and possession, as well as Oregon voters, who passed Measure 110 in 2020, becoming the first U.S. state to decriminalize use and possession of small amounts of all drugs.

Many of the concerns about decriminalization seem to be along the lines of “How could we possibly just allow the use of [insert currently illicit drug, say heroin]? Kids will use it. People will get addicted. People will die.” What, though, if we replaced heroin in this example with alcohol or tobacco?

This contrast reveals common biases. In fact, we know some kids use alcohol/tobacco and that some (but not all) people who use alcohol/tobacco will develop a substance use disorder. Tragically, we even recognize that many people die from alcohol/tobacco-related causes. Alcohol and tobacco reign as independent and leading risk factors of preventable death — yet we choose to adopt a personal freedom and public health approach.

Even still, decriminalization is not an endorsement of drug use or legalization. It is simply a strategy that seeks to maximize the opportunity for treatment and recovery for individuals struggling with addiction without the added burdens of incarceration.

An evaluation of the known failures and harms of the “War on Drugs” indicates that criminalizing drug use and possession is ineffective, and a society with no drugs is only fantasy. Any inevitable growing pains and uncertainties in the policy transition to widespread decriminalization are likely to be offset by the real anticipated benefits.

Further, the broad arguments have convinced people across the political spectrum, proof that these issues can transcend party lines. Whether it’s the fiscal, personal liberty, or human rights perspective, there is room for your support of drug decriminalization.

What can you do then? You can learn more and support the efforts of the people who have been working diligently on this issue for years, one being the Drug Policy Alliance. You can share what you learn in conversations with friends and family. You can advocate for the recently introduced federal Drug Policy Reform Act. You can reach out to your representatives and let them know you support decriminalization of drug use, possession, and associated misdemeanor crimes, along with investment in community resources.

My hope is there will be a day, in the not-so-distant future, when it will be unfathomable that my patient landed in jail and not the care of supportive services. I believe we can take responsibility and reassess our current thinking on drugs and addiction, uncouple the legal and health care systems, and consciously opt for another way.

Together, we can look back in shock that we ever believed criminalizing drugs was a viable option and with gratitude that we collectively took steps to make treatment for those who need it the default.

Sara K. Zachman is a psychiatrist. 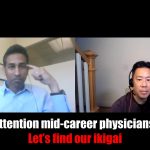 People dealing with addiction belong in clinics — not jails
4 comments