According to the Centers for Disease Control and Prevention (CDC), about 1 in 8 women experience symptoms of postpartum depression (PPD). Furthermore, studies show that minorities have a higher prevalence of PPD, 38 percent with low-income Hispanic mothers and up to 63 percent among mothers in Pakistan.

I am a Hispanic woman raised by a single mother in an urban neighborhood and have personally experienced postpartum depression. After delivering my healthy baby boy, I saw smiles and joyous expressions from hospital staff and visiting family members. But I was not smiling. I felt a disconnect with my child and constant anxiety. These emotions continued from the hospital to my home. I had negative thoughts and emotions about this new chapter and person in my life. I needed help understanding what these emotions and thoughts meant, so I approached the person closest to me, my mother. I went to her crying and feeling great shame, telling her that I was not happy with the new baby. She quickly brushed me off and said I would be made fun of by my Hispanic family or considered crazy. I let it go for a few weeks and even lied to my son’s pediatrician when she asked if I was depressed.

The emotional and mental burden weighed me down, so I tearfully shared with my husband the disconnect with my baby. He comforted me by saying it takes time to bond, and it will get better. It did not get better. I did not seek medical help from my physician or my son’s pediatrician because of fear of my child being taken away, shame, cultural embarrassment, and lack of knowledge of mental health. Instead, I formed my own coping mechanism by avoiding much interaction with my baby and worked all day long Monday through Friday and weekends.

My mental state began to worsen after the second baby. Suicide was now on my mind all the time. It seemed like the best option for my family. I contemplated scenarios, and then one day, I got the courage to tell my family that I needed mental health support because I speculated I had postpartum depression. Fortunately, I was able to look for support on the Postpartum International website and found a PPD support group, which led me to a therapist who helped in my recovery. At the PPD support groups, I noticed I was the only Hispanic woman in attendance at the PPD meetings. At the meetings, we spoke about how and why minority women seek less mental health support, and it is due to cultural negative perspectives on mental health issues, family shaming of the women, and personal embarrassment of being weak. This is unfortunate because the leading cause of maternal death after the birth of a child is suicide which may have been initiated by PPD.

After going through PPD and surviving, I want to help save other minority women who are suffering in silence through means of education and removing any social stigma on mental health. A recent study on Medicaid recipients found that Blacks and Latinas were less likely than whites to initiate mental health care after delivery, with whites having approximately twice the odds of starting treatment.  I know I experienced limitations in getting PPD specific help due to limitations in my financial resources and taking time off of work to attend these therapy sessions. I went to a general mental health therapist and psychiatrist who did not specialize in maternal mental health. Whereas most of the mothers at the PPD support group, who were white women, went to a maternal mental health therapist and psychiatrist specializing in postpartum depression.

Additionally, I was not educated during or after my pregnancy about PPD from my physician. This has to be improved, and I believe increasing prenatal PPD education and screenings from trusted sources such as physicians, nurses, social assistance programs such as the Women, Infants, and Children (WIC) program and community programs will help increase awareness and initiate mental health care in minority women. Additionally, increasing PPD screenings throughout the pregnancy and six months to a year after delivery. Lastly, change PPD treatment options from medication focus to ones that will help minority women, such as providing PPD specialized therapists and ethnically diverse mental health experts, mediation services on how to care for a baby, information on sleeping, and how mental health affects their physical well being.

In closing, recognizing and treating postpartum depression is vitally important in all women but especially in minority women. In my personal experience, I learned that there are health disparities present in maternal health care and that there is a socioeconomic issue that informed and well-connected white women are easily made available to specialized PPD care due to their affluent social circles. In minority communities, women from low to middle income have limited social support because of the lack of education and negative social stigma on receiving mental health treatment. Overall, education, increased screenings, and unbiased and culturally aware medical and community workers will help reduce the silence of PPD in minority women.

Tania Liriano is a graduate student.

Artificial intelligence, COVID-19, and the future of pandemics [PODCAST] 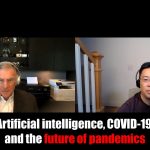 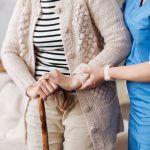 Is having a baby a celebratory time? Not for everyone.
1 comments