Medtech companies realize that it’s not a trivial task to get a surgeon to just start using a new device. Surgeons have a great deal of responsibility, and their job involves learning a lot of techniques. Therefore, when surgeons learn a technique and master it over the course of years and decades, it will take a lot of convincing to get them to switch to a new one.

But technological progress doesn’t stop just because surgeons become comfortable with the status quo. Advances are always being made — especially in areas where the existing technology could be improved. It’s imperative that doctors recognize that they have a critical role to play not only in using a technology once it’s on the market, but in being part of the whole development process.

From idea to proof-of-concept

Technology developers don’t wait until they’ve already created a product to start talking to doctors about the problems they face. Doctors should be open to sharing their feedback with medtech companies even when those companies are just starting to formulate an idea for a product. A company might say, “I see this issue, would it be helpful for you if there was a device that did X, Y, and Z?” Here, doctors should be up-front about existing problems that really could use a solution, and they should be open to talking candidly about what would happen if a device manufacturer created a prototype that would address that problem.

Many medtech researchers will attend conferences specifically to talk with doctors about these types of issues. After all, it doesn’t make sense for a device manufacturer to expend resources to develop a prototype device unless an overwhelming majority of doctors say there is a problem that needs a better solution. Doctors have to see that something is necessary before a company develops the prototype.

After making sure a product concept is valid, device developers will create a proof-of-concept. Getting doctors involved at this stage helps a medtech company see how the proof-of-concept works in an “ex vivo” model in a lab atmosphere. It’s vital for doctors to tell companies if a device does what it’s expected to do and handles in an acceptable way — and especially if it doesn’t do those things.

After doctors have helped to validate a proof-of-concept version of a device, it can take about two or three years to develop a concept into an actual product for use in pre-clinical trials on animal models or cadaver models. This stage is crucial for getting doctors to try out a device and see how it works. Here, surgeons can sometimes do papers for scientific conferences about their experience with a product.

Following further refinements, a device will enter the clinical stage. At this point, surgeons finally get to try out the device on humans. This process can take around a year. Doctors provide extensive feedback on the design of a device, how it is handled, and how it performs. For example, female doctors’ hands are different from their male counterparts. Does the design of the product work well for the hands of all doctors?

The doctors who try out devices at this stage are important in helping a medtech company prove the safety of the product for the regulatory process, such as an FDA submission or clearance.

Assessment stage and beyond

Everything leading up to an FDA clearance can be considered part of a greater learning phase in the development of a product, after which comes the assessment stage. This is when a medtech company really begins marketing its device. But there is still a role for doctors here beyond simply being a user.

Feedback in the assessment stage is always useful for improving the design of a device — especially as it relates to improving long-term aspects, such as patient outcomes or cost-effectiveness. This kind of feedback can only come after a device has been on the market and in use for a while, and after doctors have had a chance to see the long-term effects that use of a product has for their patients — for example, in the recovery period following procedures.

The involvement of doctors is of utmost importance in all stages of the development of any medical technology. Doctors should recognize the value their feedback holds for improving the technologies they will ultimately use. When it comes to understanding the problems in need of solutions, doctors should see themselves as partners in the development of medical technologies that will serve the ultimate goal — better care of and outcomes for patients.

What makes you cry? Better yet, why not cry? 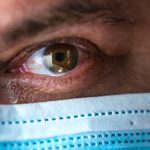 Are you a healer or a widget? 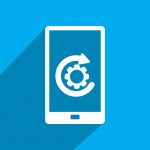