Health care technology is an exciting, burgeoning industry with plenty of potential for making the world a better place. Numerous health tech startups are on a mission to revolutionize health care, whether that’s through conducting groundbreaking research or bringing a novel product to market. However, startup culture – encapsulated by Mark Zuckerberg’s now-famous motto “move fast and break things” — seems to be fundamentally at odds with the “do no harm” ethos of health care.

Innovation is concerned with speed, but science takes time. This isn’t necessarily an insurmountable obstacle, but it provides an example of the inherent tension at the intersection of health care and technology. As these fields continue to overlap and merge in new ways, awareness of the fundamental tensions within health tech is becoming increasingly necessary.

From the moment of a startup’s inception, the milieu in which the company is built has the power to shape it in profound ways. Generally speaking, startups are characterized by moonshot thinking. Endeavoring to accomplish that which has never been done before, these companies undertake ambitious projects with an eye toward the future. This model is not inherently bad. After all, health care is full of seemingly unsolvable problems that innovative thinking and cutting-edge technology just might be able to tackle. However, the very values that make startups a conducive environment for formulating radical solutions are also precisely what creates a breeding ground for deception, fraud, and the harm that results.

In order to garner the support of investors, startups tend to create grand, inspiring mission statements that present an overly optimistic view of future possibilities. “We can achieve the impossible!” startups proclaim, and sometimes — with a team of capable experts and enough capital — they can. Frequently though, startups’ lofty promises turn out to be nothing more than pipe dreams.

One would think that the boards and investors of these companies would do their due diligence to help mitigate these situations, but Jim Chanos, the investment manager who predicted the fall of Enron, has pointed out that this isn’t necessarily the case. It turns out a lot of money can be made from hype and hyperbole.

But when it comes to health tech, unsubstantiated promises can cause significant harm. On an individual level, patients are harmed by the false hope of a miracle cure when such a cure does not, in fact, exist. On a broader scale, some startups’ irresponsible claims that science is on their side (when it isn’t) have harmed the reputation of science itself. Addressing these breaches of trust on a case-by-case basis is woefully insufficient. Unfortunately, for every fraudulent company that is officially sanctioned, many more proceed with business as usual.

As the health tech industry continues to grow, it is critical to remember that the potential for good comes with an equal and opposite potential for harm. Health care providers have vowed to “first, do no harm,” but they are the only people working in health tech who have taken the Hippocratic Oath. How might health tech startups be held accountable to that same ethical standard?

Doing good in the world as a medical student 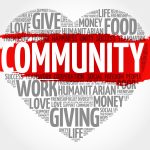