The tweets above are just some of the vehement responses I have received as a health reporter over the years for daring to report that some drugs have a downside (opioids), some “diseases” are hyped by drug makers (adult ADHD) and thyroid supplements are not the best weight loss route.

The news is now full of rude comments on social media, public figures canceled by the woke, and reporters looking over their shoulders. But many health reporters experienced the same outrage, retribution and desire for a head on a platter years earlier.

For example, long before cancel culture made general reporters afraid, some health reporters shied away from reporting on the over-diagnosis of psychiatric conditions, the bone-thinning and C. difficile effects of PPIs, and the safety questions about the popular statins and fluoroquinolones. Why? A backlash of angry patients tweeting, “You’re not taking my drugs!” and worse.

The roots of victimhood

Identity politics –– the instant authority that is supposed to be conferred by prefacing an opinion with “as a mother of three” or “as a college student” –– are both the basis of victim politics and drug advertising.

Before direct-to-consumer (DTC) advertising, people did not derive identity or self-pity from aggressively advertised conditions that they might happen to have like bipolar disorder, adult ADHD, seasonal allergies, insomnia, GERD, osteopenia, and exocrine pancreatic insufficiency (if it exists). They did not begin sentences with “As a migraine (depression or fibromyalgia) sufferer.” In fact “sufferer” was probably not even in our everyday language.

Before DTC advertising made health concerns somehow “good,” a health condition was something to be addressed and lived with, not worn as a perverse identity. Before DTC advertising, there were not Internet “disease clubs” for someone to have fellow sufferers, an Internet identity from a celebrated disease and a monthly marketing newsletter. Drugmakers have capitalized on “disease clubs” and identity marketing because it creates loyal customers, patient-to-patient selling, and sells product.

Many people enjoy DTC advertising with its corny puppies-and-shuffleboard sitcoms and think they are immune to its effects (even as they develop some of the symptoms that are addressed.) But it is not harmless. DTC advertising inflates minor conditions into serious concerns and serious conditions into lucrative franchises. It replaces cheaper drugs with enviable safety profiles with expensive, new, brand drugs and turns people into hypochondriacs and “cyberchondriacs.”

“Unbranded advertising” may be even worse. It promotes “awareness” of a disease or condition without even mentioning the drug that is being sold and can drive diagnoses, self-diagnoses and medical office visits. Drugmakers say that unbranded ads are merely “educational” but awareness campaigns have put diseases “on the map.” Moves by medical groups to ban DTC advertising for its negative effects are futile because they provide a huge share of broadcast and print media revenue.

DTC advertising gives people a “victim” mentality that fans the flames of current victim politics and was likely one of its roots. It is not good for health care or today’s argumentative, polarized times. It is only good for drugmakers.

Why people diagnosed with cancer should get a second opinion 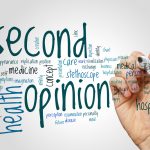 4 questions that made me become a health coach