Available in 155 countries, found in 75 different languages, and having at least 689 million monthly active users worldwide, the social media platform, TikTok, has taken the online world by force since its arrival in 2016. Its ability for users to create brief, 5 to 60 second long videos, while tagging their video content using “hashtags” (#) and establishing “followers” has made TikTok an easily accessible option for people of all ages to stay connected virtually. While distributing health care information over social media was once a stigmatized practice, the COVID-19 pandemic has pushed TikTok into a promising outlet for many health care providers, medical students, and patients to discuss medicine without propagating misinformation.

One realm in medicine where TikTok has flourished is dermatology; for example, a review published in 2021 demonstrated that #dermatologist had 867.6 million views to date.

While TikTok may becoming a more reliable, accessible source of dermatology information, certain TikTok trends (e.g., “#tanningchallenge,” “#pimplechallenge”) promote its millions of users to perform and share potentially harmful, non-dermatologist recommended activities. One of these activities is ingesting chlorophyll and its derivatives, as seen in #chlorophyll. This trend, which has nearly 300 million views, shows TikTok uses drinking liquid chlorophyll drops mixed with water, which they believe clears up their skin and their acne (warning: explicit language).

Chlorophyll is a natural substance found abundantly in leafy, green vegetables (e.g., spinach, kale) and has been used as a well-reviewed form of medicine for many years. It is a relatively stable molecule that has many notable positive health effects, such as reduction of radical oxygen species (ROS), which, cause local tissue damage. Consuming a well-balanced diet high in leafy, green vegetables provides individuals with all of the benefits that chlorophyll offers in a safely absorbable and bioavailable form.

Much research has been done over the past decade regarding the use of topical forms of chlorophyll and its derivatives as an adjunctive therapy in certain skin conditions. Chlorophyllin, a semi-synthetic derivative of chlorophyll coupled to sodium and/or copper, underwent a successful randomized, controlled trial as a topical therapeutic for photodamaged skin in 2015.

Chlorophyll-a, the most common form of chlorophyll, and has been shown to be a safe agent for treating acne when coupled to photodynamic therapy in a randomized, controlled trial completed by 24 subjects of Asian descent, too.

While these and other trials do demonstrate positive outcomes of topical chlorophyll towards the treatment of acne, more research is needed to incorporate its use in routine clinical practice. Acne is the most common skin condition in the United States, affecting up to 50 million Americans annually and accounted for over $1.2 billion of medical treatments in 2013. It occurs due to a combination of abnormal skin (specifically, epithelium) shedding, sebum (oil) gland overproduction, local bacterial colonization by Propionibacterium acnes (P. acnes), and inflammation. Traditional treatment for acne includes topical agents such as retinoids (Vitamin A derivatives) and benzoyl peroxide for milder cases, and oral supplements such as antibiotics (e.g., doxycycline) and isotretinoin (trade name “Accutane”) for more severe cases.

The same study in 2021 referenced earlier in this article demonstrated that #acne, #acnetreatment, #accutane, #acne scars, and #roaccutane had approximately 4.5 billion, 633.8 billion, 334 million, 199.2 million, 8.3 million views, respectively. To put this into perspective, nearly 85 million Americans (or approximately one-quarter of the United States population) were seen by a physician for any skin disease (i.e., not just acne) in 2013. This is opposed to the billions (potentially trillions) of views TikTok users see regarding acne (and other skin conditions) annually.

Although oral chlorophyll supplements have been shown to improve facial wrinkles (namely around the eyes), current research does not suggest an association between ingested chlorophyllin to improved acne maintenance. In fact, multiple case reports have linked a rare condition called “pseudoporphyria” to self-medication with chlorophyll and chlorophyll-derivatives. This condition is characterized by fragile blister development on photosensitive skin areas (e.g., dorsums of hands, arms) in individuals who may have impaired porphyrin metabolism pathways. Porphyrins are ring-shaped molecules that contribute to structural stability and are a primary component of chlorophyll. In humans, porphyrin rings are converted to exist as heme, which is essential for carrying oxygen in hemoglobin in red blood cells and plays vital roles in the production of ATP for energy in cell mitochondria.

Albeit rare, the increased practice of ingested chlorophyll/chlorophyll derivatives for acne as TikTok users embrace #cholorophyll against sufficient medical information may lead to more cases of chlorophyll-induced pseudoporphyria in the near future, if not already. More common side effects include gastrointestinal upset (e.g., diarrhea) and discoloration of urine and stool. While TikTok is an amazing platform to connect with others, re-distribute ideas, and even gain practical medical knowledge, users should be careful not to promote health trends that are not supported by sufficient research and may lead to harm.

Doctors: You can increase voting in the U.S. 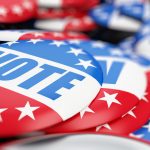 My pet taught me how to be a better physician 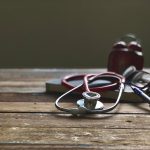