Words can be misleading. Medical terms work really well when shared between clinicians. But we can’t assume our patients speak the same language we do. If we “run with” whatever keywords we pick up from our patient’s chief complaint, we can easily get lost chasing the wrong target.

Where I work, along the Canadian border, “Valley French” expressions tripped me up when I first arrived. The flu, or in French, le flu (if that is how you spell it – I’ve never seen it in writing), is the word people use for diarrhea. Mal au cœur (heart pain) doesn’t mean angina or chest pain, but heartburn, a confusing expression in English, too.

But even if we are all English speaking, clinicians need to be careful not to assume common words mean the same to everyone.

I have seen many patients complain of anxiety but not actually be worried about anything. A number of bipolar people have used the word anxiety when, in my personal vernacular, they are really describing pathological restlessness. I once had a patient complain of “nerves” but not have a worry in the world except for his hereditary essential tremor, which he assumed was a sign of untreated anxiety.

People often resist my labeling their symptoms as chest pain, insisting that I am wrong about the location and the character of their discomfort. Instead, they might insist it is indigestion or prefer pressure, tightness, or heaviness in their throat, epigastrium, or even between their shoulder blades. “Chest pain is shorthand for all that,” I tell them.

I hear people use the word dizzy for a gnawing feeling in their epigastrium and nauseous for a sense of early satiety after eating.

Even worse is when a patient attributes a symptom to the wrong organ or body part. It seems most people assume their kidneys to be much further down their backsides than they really are, so their “kidney pain” is really low back pain. This can be even more misleading if the patient claims to have a urinary infection and only when prompted for more history then says “because my kidneys hurt,” south of their anatomic location. Often this is entirely without urinary symptoms. Abdominal pain or pressure is also often self-diagnosed as a UTI.

Most people want their hip joints to be where they might put their hands on their “hips,” the big body part in pear-shaped people. I draw skeptical reactions when I tell them the hip joint is in the groin.

The other day I saw a 45-year-old woman with a concern about burping incessantly for several weeks. She said she was hiding it the best she could. I asked her not to hide it, to “let it all out.” What I heard wasn’t burping; it was more of a hiccup. The workup and treatment are not the same, so it took me sitting with her for a while to know which way to go with her case.

We must avoid acting like bloodhounds chasing the trail we are shown without taking in the surrounding territory. There may be something more obvious and important somewhere nearby.

The lesson I have learned is to use these three words that should be a famous quote if it isn’t already:

As the pandemic winds down, another crisis may be looming 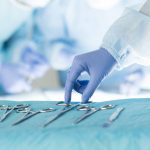