The term “mRNA lipid nanoparticle” has become common of late, given the use of Pfizer/BioNTech’s and Moderna’s COVID-19 vaccines make of nanoparticles to carry mRNA into cells. Once inside a cell, the mRNA instructs the cell to make pieces of the proteins that make up the SARS-CoV-2 virus, a process called “translation.” In so doing, our cells trigger an immune response, developing antibodies that will enable the immune system to destroy the real virus if the body encounters it in the future.

But why use a nanoparticle? Why not just give a shot of mRNA, if that’s the important part of the vaccine? One reason is that mRNA on its own is unstable in the body and can degrade. The nanoparticle protects the mRNA. The second reason is that on its own, mRNA does not readily enter cells. So, the nanoparticle is vital, first to deliver and then to unload the mRNA into the cell.

Although researchers developed these vaccines at an unprecedented speed, nanoparticles had long been available. The FDA approved nanoparticles for the delivery of chemotherapy during the 1990s. Unlike nanoparticles for COVID-19, which are injected into muscle, nanoparticles carrying chemotherapeutic drugs are typically injected intravenously, so that the blood may distribute them directly to the tumors. The result? More drug is delivered to the site of the tumor, improving therapeutic response. At the same time, of course, non-cancerous tissues take up less of the drug, thus decreasing side effects and toxicity and enhancing the patient’s ability to tolerate treatment.

Five years ago, when I observed that our nanoparticles can go to the kidneys, we began to learn about autosomal dominant polycystic kidney disease, or ADPKD — an inherited disorder that afflicts some 12.5 million patients worldwide, and which had, at the time, no FDA-approved treatment. (Today it has just one: In April 2018, the FDA approved Tolvaptan, also known as Jynarque, to slow the progression of ADPKD.) We learned that some of the drugs in the research pipeline may be difficult for patients to tolerate because of their adverse side effects and difficulty reaching the kidneys.

Excited by the promise our research holds for PKD patients, we have been packaging a variety of PKD drugs into our nanoparticles, testing their ability to act as a courier service for renal drug delivery. We’ve been testing this process on drugs that show therapeutic benefits in animal models but are shadowed by off-target side effects. Because our nanoparticles can carry more than one drug — and even gene therapy — we can help develop and deploy a therapeutic combination that may soon offer patients more benefit than any single drug.

Because the biology of ADPKD is not entirely understood, drug discovery has been slow. As we are seeing with the dramatic success of the COVID-19 vaccines, however, nanomedicine can catalyze research efforts. Nanoparticles offer a promising new way to deliver medicine, making it simultaneously less toxic and more effective. 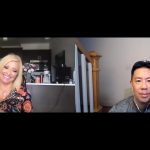 Why crying in medicine has made me a stronger, not a weaker, physician