An excerpt from The Hospital: Life, Death, and Dollars in a Small American Town.

Marc Tingle and his daughter, Summer, stood in a bathroom they were tearing apart over in Fayette in Fulton County. They had a problem: taking a cast-iron bathtub out of a room that had been built around the tub was a tactical nightmare. Breaking it made one helluva racket, but with just himself and Summer as crew, Marc decided to beat on the tub with his 30-pound sledgehammer to crack it apart.

Marc did that kind of labor all the time. But, after about 20 minutes, he turned to Summer and said, “You know, this is kinda tuckerin’ me out.”

“What do you mean, Dad?” Summer said.

“I don’t know,” Marc answered. “I think I might be comin’ down with somethin’.” Marc knelt in a corner of the bathroom and removed his leather hat. Sweat trickled down his face and neck. Then he said, “Honey, I’m gonna go out and set in the truck for a few minutes. I don’t want the client to see me like this.” He walked outside into the cold, sat down in the driver’s seat, and took some deep breaths.

Summer continued hammering for about 10 minutes. Then she walked outside to check on her father.

“Honey,” he said, “I wanna go home. I don’t feel very good. I must be comin’ down with somethin’.” With every breath, Marc’s chest felt heavier, as if he had to force air into his lungs. This cold must be a doozy, he thought. It came on so fast. He hoped it wasn’t the flu.

Summer drove. At a certain point, they had a choice to make. Fayette was just across the eastern border of Williams County, Ohio. Edgerton was on the far west side of the county. Partway into the trip, Marc turned to Summer and said, “Honey, something isn’t right. Let’s head to Bryan.” Five minutes later, about five miles outside of Bryan, he felt better. “Nah,” he said. “Let’s just go home.”

“We’re going to the hospital, Dad,” Summer said, pressing her foot hard on the accelerator. Marc warned her about getting pulled over. She ignored him.

By the time they rolled into the Community Hospitals and Wellness Centers parking lot by the front doors, Marc was struggling for air. He eased out of the truck and walked as fast as he could through the lobby, with Summer trailing behind, and then picked up the red phone outside of the ER.

“Hello,” he said. “My name is Marc Tingle, and I think I’m having a heart attack.” The security doors swung open, and Heather Gaylord showed them to Room 7. “Take off your shirt,” she said and handed Marc a small nitroglycerin tablet. He swallowed it.

Dr. Marv Stalter entered the room and took a preliminary look. He didn’t like what he saw. Marc Tingle was 54, a contractor from out in Edgerton, near the Indiana state line. He looked fit and healthy, but he’d been sweating even though it was 27 degrees outside. Stalter also noted Tingle wore dentures. He thought to himself that 54 was pretty young to be wearing a complete set of dentures. Tingle had probably hosted a fair amount of gum disease. Over the years, a payload of bacteria could have drifted from his mouth into his arteries, aggravating cardiovascular plaque and leading to clogged blood vessels. So Stalter told Gaylord that Tingle merited close monitoring while she collected data and he turned his attention to other patients in the ER.

Stalter may not have heard, or may not have registered, the urgency of Gaylord’s shout. He was across the ER in Exam Room 3 with another patient.

“Dr. Stalter, we need you! Now!” she yelled, as Tingle emitted an “Arrrggghhh!” that boomed through the ER.

Without waiting for an answer, a nurse shoved back the curtain at the entrance of Room 7 and ran through the central staff station. Stalter, hustling in the opposite direction, nearly bumped into her.

“V-fib!” somebody shouted. Nurses converged on Room 7. Stalter pictured Marc Tingle’s heart quivering like a Jell-O mold at a hot summer picnic — just quivering, not pumping and therefore dying. The steel-band pain in Tingle’s chest tightened again. “Accckkkk!” Tingle exclaimed from under an oxygen mask, sounding like gears being stripped on an old Mack truck.

Gaylord stood to one side of Tingle, her eyes — her face — blank with concentration as she began handling equipment. Shayla Carlisle, short and usually petite but now about seven months pregnant, climbed almost on top of Tingle’s body. She pressed her hands up and down, up and down, against his chest as hard as she could. Her breath came in loud bursts as if she were trying to breathe for him.

“Clear!” Stalter barked. “Shock him with 300!” Tingle’s body arched off the bed. He released a tremendous grunt of pain and surprise, but his heart continued to quiver. Carlisle resumed: up and down, pressing hard, perspiration beginning to bead on her forehead.

Tingle’s daughter, Summer, wanted to be in the room, but she was terrified of being in the room. She stepped in and witnessed the building chaos around her father, then stepped out into the hallway. She just couldn’t think. Her hands shook. She sobbed. She held a cellphone to her ear, but why? What would she tell her mother, who was on the other end of the line? She was standing there as the respiratory team rushed past her pushing a big cart equipped with 21st-century machinery and supplies.

ER chief Barb Rash swept into the room in a smear of pink and purple sneakers, T-shirt and yoga pants. She’d left her ID badge and her scrubs upstairs in the staff workout room where she’d heard the announcement. Rash was a veteran ER nurse with a veteran’s cool. She sat down on a vacated stool at Marc Tingle’s feet and helped coordinate the teamwork.

Every syringe, every tube, every unsealed drug bottle — every single item — carried a small sticker with a barcode printed on it. Before letting the envelope or wrapper or box fall to the floor, the nurses and Rash peeled off the stickers. Whether Tingle lived or died, all those barcodes would be scanned so the price of every item could be recorded for billing. Within seconds, Rash’s T-shirt was decorated with small stickers.

Tingle had health insurance through his wife’s work as a county employee, but a “silver plan” family deductible was $1,600 and he’d be responsible for 25 percent of whatever all this was costing on top of that.

More people crowded into Room 7. Stalter ordered injections. Gaylord and the other nurses ripped open slender plastic envelopes to release syringes. Pieces of plastic and paper and sections of tube floated to the floor: a snow of medical garbage.

Stalter relieved Carlisle, who was sweating now. She wanted to keep going — she recognized Tingle, because they attended the same church over in Edgerton — but she’d used up her strength. She stepped around the curtain, breathing hard and looking grim.

Carlisle saw Summer, frozen except for her tears. “We’re doing everything we can,” she told her. She put her arm around Summer’s shoulder and guided her into an empty exam room across the hall. “Call the cath lab!”

Stalter ordered, and a nurse called up to the third floor.

A young nurse stood just outside Room 7 — there was no more space inside — and pulled a syringe out of its packet. He held a small drug bottle up to the needle, but his hands shook. He was a good nurse but still new. A man was dying. Everything had to happen fast: right now, and all at once, but with precision.

“Give him another!” Stalter barked, unleashing another frenzy and another blizzard of litter. “Ready,” somebody said. “Clear!” Marc Tingle’s body arched. He groaned, yet his heart did not stop quivering. About two minutes had ticked away on the clock: It was a little after four in the afternoon.

For Gaylord, Marc Tingle’s V-fib was an oh-shit moment of indelible clarity. After 12 years of nursing — two and a half in the ER — she knew what to do. The ER staff was a veteran bunch. So she was confident. But people don’t go into V-fib every day in the Bryan, Ohio ER, and now her patient had gone and done it.

Brian Alexander is a journalist and author of The Hospital: Life, Death, and Dollars in a Small American Town. 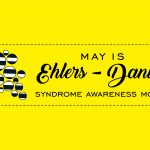 Stress in medicine: lessons learned through my years as a surgeon [PODCAST] 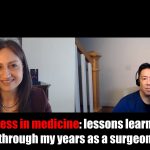