The pandemic has not been kind to mental health. We’re all feeling the impact of the last year and all that changed in how we live our lives. While rates of anxiety and depression in the U.S. jumped as people isolated themselves from friends and family to stay safe from COVID-19, there is at least one silver lining when it comes to mental health – the number of suicides has not increased, according to new data.

The 2021 World Happiness Report, which ranks population happiness by country, noted that as the pandemic hit, “… there was a large and immediate decline in mental health in many countries worldwide,” which was particularly true for women, young people, and those with low incomes. Those early warning signs, combined with the knowledge that suicide rates increased during past pandemics, had the medical and psychiatric communities awaiting 2020 suicide statistics with growing concern. The concern turned into surprise as the CDC announced early data showing suicide deaths declined by more than 5 percent in 2020. The question is why, particularly when many mental health providers were laid off last year, even as demand for their services grew.

The goal is always to have as few suicides as possible and to reduce the stigma of talking about suicide and suicidal thoughts. Any number of suicides is heartbreaking and something all medical professionals, friends, and families seek to thwart. It’s important to emphasize that the CDC’s new data is preliminary and may change as additional information becomes available. Changes could be due to a delay in suicides that result from mental health challenges that began last year. Another explanation for the lower number is that some groups are disproportionately affected by suicide—like older adults—and that the number of suicides worsened for them last year, while other groups experienced less impact, thus bringing the overall number of suicide deaths down, even as deaths for certain groups may have increased.

That said, when we focus exclusively on the relative, year-over-year decrease in the number of suicides, we may miss larger trends—like the fact that suicide is still one of the leading causes of death in the U.S. Last year, when the Centers for Disease Control and Prevention (CDC) asked young adults nationwide if they had seriously considered killing themselves in the last 30 days, one in every four said they had. While it’s encouraging that the number of suicides declined in the midst of pandemic-driven stress, fear, loneliness, and isolation, the rates of depression and anxiety have tripled, and the rate of unintentional injuries, typically drug overdoses, rose by 11 percent.

Out of the struggle and the suffering of 2020, two positives have emerged that bode well for our collective path ahead—a significant reduction in the stigma that has traditionally surrounded mental health and widespread acceptance of virtual mental health care. The reduction in stigma increases access to care, as people may have previously been embarrassed to see a therapist. It’s now commonplace for people to discuss their mental health and seek help when they need it, and even employers are more apt to address employee mental health concerns.

The dramatic uptick in mental distress, trauma, and substance use since last year has driven a corresponding rise in the use of virtual mental health therapy and psychiatric care, helping us, as a society, more effectively grapple with the fallout from the pandemic. According to one study, more than half of the people who used telehealth in May 2020 used it for a mental health concern. Virtual care has the added benefit of increased privacy and access to care for people who have difficulty getting to in-person care or end up on a waitlist for weeks to see a provider. Virtual care reduces the time commitment for therapy since it doesn’t require a commute. Overall, it’s a method that provides patients with more control over how they access mental health care. Providing treatment to those in need is no small task, but with new digital tools and more accepting attitudes, the hope is that those struggling with suicidal thoughts and other mental health challenges will feel supported and optimistic.

Erik Vanderlip is a psychiatry and family medicine physician. 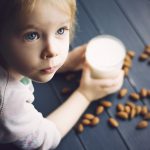 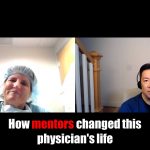