I was 14 years old when I decided I wanted to be a physician. At that time, although my perspective of what it meant to become a medical doctor was not yet as broad nor complex as it is now. The reasons that motivated me from the very beginning to follow this path were (and continue to be) clear to me: contributing to people’s well-being and becoming an element capable of adding value to the medical profession. Today, I don’t wish to talk about my experience as a physician, but with the desire to share a little of what, as any human being could experience as an immigrant and from my perspective of a medical doctor who emigrated.

I’ve had the fortune and satisfaction of living during these last years along a journey that began with the purpose of finding new professional horizons and experiences that would enrich my way of seeing life. When I write these pages, almost five years have passed since I decided to leave Mexico to come to the Netherlands and study for a master’s degree in clinical research.

Since then, my life has been the scene of new challenges, new friendships, and achievements that perhaps would never have been possible if I had not dared to leave everything I knew and considered part of my daily life.

Leaving Mexico was not easy. Leaving Mexico meant leaving family, friends, partners, and colleagues who were an important part of my life for so many years. Leaving my country was also leaving the place where I grew up, where I lived most of the moments that today tend to be a frequent reason for nostalgia and, of course, where the interest that would later become the conviction of dedicating myself to the study of Medicine was born. Leaving Mexico also meant putting behind the constant frustration of being vulnerable to violence, corruption, and social inequalities.

My experience abroad, however, has also been valuable in many ways, positives, and negatives. Living in Europe not only has given me the possibility of having access to an academic and professional offer that probably would have been difficult for me to find in my country, but eventually, it has also become an amazing opportunity to meet new friends, learn about the local customs and open my mind to points of view I might never have been able to visualize if I were not here today.

In this regard, I think one of the aspects I have learned to value the most in the course of this transition has been the experience of being an expatriate. To put it in better words, as John Leguizamo states in his Netflix special about Latin history, “Because Latin man … has to work twice as hard … to get half as far.”

Since I arrived in the Netherlands, I’ve had to overcome all kinds of challenges, from everything that implies the process of finding a place to settle down to the series of difficulties that I think anyone would face if suddenly they had to adapt to the standards of a new culture. Adapting to a new situation can be a difficult process. Some people take longer than others to assimilate that reality is sometimes different from how they are used to it or from how they think it should be. And though I admit that at first, it was difficult for me to deal with certain changes, over time I learned that every aspect and every “downside” was part of an experience worth living in its entirety. To this day, the Netherlands has become a home for me. A home I would certainly miss too if I had to stay away from it. Nonetheless, and even though I appreciate everything I’ve had the fortune to live, know and learn during this time away from my homeland, I recognize that it’s often impossible not to think about how much one stops living when one decides to follow a path different from that which our family and friends follow.

I do notice that thinking about what we leave behind is thinking about the people we once thought would always be by our side; it’s remembering the customs, the experiences, and the conversations that shaped our way of understanding the world; it’s realizing the way each experience has contributed to our growth and comprehending that each failure is valuable to the extent that it has taught us something. Thinking about what has been left behind, however, it’s also a way to reflect on how much one has grown and matured over the years; it’s to discover that the world is much bigger than what one used to believe and, most of all, it’s to understand that in our hands resides the power to free ourselves from the fears that many times imprison and incapacitate us to fly.

If I had any advice to share with those in my situation, or even with those who dream of one day starting their way away from home, from my point of view I could only say that I’m convinced that it’s worth facing our fears, daring to go beyond the limits of our comfort and deciding to live today the life we want to live tomorrow. 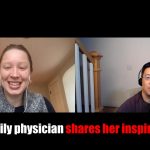 As we emerge from COVID, give space and grace to those around you