May is Celiac Disease Awareness Month. Physicians and others in the medical community need to be more aware of celiac disease.  Celiac disease is an autoimmune disease triggered by the ingestion of gluten that affects approximately 1 percent of the U.S. population.   However, most physicians didn’t learn much about it in medical school or during training.  As a result, physicians don’t include celiac disease in their differential diagnoses and don’t screen for it often enough.   According to the most recent examination of data from the Centers for Disease Control and Prevention, over 80 percent of individuals with celiac disease in the U.S. are undiagnosed.   And those who are diagnosed typically suffer from symptoms for years before the diagnosis is made.  Researchers often describe a “celiac iceberg”  as patients diagnosed with the disorder make up only a small percentage of those living with celiac disease.  In addition to symptoms, those with celiac disease can develop osteoporosis, other autoimmune diseases, and more rarely, cancers, including lymphomas and small bowel cancers.

Some important facts to know about celiac disease:

Celiac disease has become more common.  It is not just that the disease is being diagnosed due to more awareness or testing. In studies looking at both stored serum and epidemiological data, the rates of celiac disease have dramatically increased.  This is likely related to environmental triggers that have yet to be identified.

2. Celiac disease is a multisystem disorder. Physicians will encounter individuals with celiac disease, whatever their specialty. There are many symptoms of celiac disease, and this can be a diagnostic challenge.   Symptoms include both gastrointestinal symptoms and also extraintestinal symptoms.  Classic symptoms of celiac disease include diarrhea and weight loss. However, more individuals currently present with non-classical symptoms, which include abdominal pain, iron deficiency anemia, delayed growth in children, abnormal liver chemistry tests, infertility, neurological symptoms, osteoporosis, bloating, constipation, vitamin deficiencies, headaches, dental enamel defects, and more.  Some individuals also present with dermatitis herpetiformis, an itchy rash. Other people may be asymptomatic.  Celiac disease is also increased in certain conditions, including Type 1 diabetes, Down syndrome, and other autoimmune diseases.

In the United States, the standard for diagnosing celiac disease is a small bowel biopsy. However, guidelines have recently changed in some other countries to facilitate a diagnosis using a combination of genetic testing and antibody testing.   An individual should be referred to a gastroenterologist for endoscopy if they have an abnormal screening blood test or if the suspicion for celiac disease remains high despite a negative blood test.

For a food to be labeled “gluten-free,” the FDA has determined that it must contain less than 20 parts per million of gluten and can not contain an ingredient that contains any wheat, rye, or barley. Several organizations conduct testing and certification of gluten-free food. Consumers can look for a seal while shopping. There are several apps and websites that also can assist with shopping for gluten-free food and eating in restaurants.

There are several clinical trials underway for therapies to treat celiac disease.  If approved for clinical use, these therapies appear likely to be used alongside a gluten-free diet to minimize the effects of contamination.

Physicians and other health care providers can do a service to our communities by becoming more aware about celiac disease.  This will help improve the diagnosis of celiac disease and improve support for those already living with the disease.

I was a doctor. Could I also be a nurse? 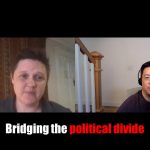