As the pandemic grew in Southern California, intubating COVID patients became increasingly dangerous. Initially, any patient with signs of respiratory distress was intubated, then sent to the ICU immediately. My physician colleagues and I all thought we were doing the right thing — until we saw all the complications of mechanical ventilation.

Instead of immediate intubation, we tried placing patients on high-flow nasal cannula (HFNC), a special nasal oxygen device that prevents lung collapse. We also asked them to lay on their stomachs, also known as proning, because the prone position provides the best match between ventilation and pulmonary blood flow. Proning and HFNC meant patients could be managed on the medical floors instead of intubated in the ICU. Many of them avoided intubation — but not all of them.

COVID patients have no pulmonary reserve, which means as soon as I give them anesthetics, they desaturate. These proned HFNC patients desaturated even faster than regular COVID patients because their disease is more severe before intubation. To make matters worse, we had to flip them onto their backs after giving anesthetic drugs. We also couldn’t bag-mask ventilate them because of the risk of aerosolizing the virus. The best course of action was to inject the anesthetic and paralytics while prone, flip them as the anesthetics circulated in their blood, then intubate as fast as possible.

You have a single attempt. Make it count.

One night, I was called to intubate my first prone patient in the ICU. He was a 300-pound Hispanic man initially managed on the floor with HFNC and proning. Now his oxygen saturation was 75% and decreasing 1% every hour.

I prepared just as I did for previous COVID intubations: PAPR, drugs, airway equipment, suction, and a pre-intubation meeting with the nurse and respiratory therapist. I spent a few minutes talking to the patient to make sure he also knew the plan, as we’d need his cooperation for turning supine. After about 45 minutes of preparation, it was showtime. After donning my PAPR and PPE, I went to the head of the bed.

The patient helped turn himself from prone to supine as I injected an anesthetic and paralytic. About 20 seconds later, his oxygenation saturation fell from 75% to 40%. I felt his jaw relax as the paralytic took effect then I slid the laryngoscope past his tongue. All I could see was frothy pink sputum.

COVID damages pulmonary blood vessels, which can cause fluid accumulation in the lungs called pulmonary edema. “No problem,” I thought, “I’ll suction him then intubate.” I reached for the suction — it wasn’t working, despite the fact I had checked it just minutes before. As the nurse scrambled to fix it, I had to find another solution.

I tried a second time. Now I could partially see his vocal cords, so I tried to pass the tube, but it was stuck; his vocal cords were dry from the HFNC. Oxygen saturation continued to drop to 30%, then 0%. I knew I had about 30 seconds before his heart stopped.

I grabbed the purple AMBU bag and tried to bag-mask ventilate him. I just needed to stall long enough for the suction to be fixed. His lungs were stiff. It was maybe 10-25% effective. Then his heart rate started to drop from 120 to 100, then 80; an ominous sign I was losing the battle. As his body used up the last of the oxygen in his blood, his heart rate continued to drop. If I didn’t do something, he was going to die in front of me.

I obtained a third view of the vocal cords. By now, his heart rate dropped to 60. This time, I saw even more pulmonary edema. Instead of avoiding it, I used the endotracheal tube like a whisk until I could see the vocal cords. When I inserted the tube this time, it passed smoothly. I advanced it into his trachea as his heart rate dropped to 45. The respiratory therapist connected the AMBU bag to the endotracheal tube. As we ventilated him, his heart rate bottomed out at 30. After what seemed like an eternity, it slowly started rising. His oxygen saturation followed suit soon afterward.

Now it was my turn to take a deep breath. My hands dropped to either side of the patient’s head, arms locked and head down. My patient’s lips were blue. I looked up. For the first time, I noticed the crowd of 20 doctors, nurses and pharmacists gathered outside watching me through the glass doors. I gazed up at them with a sense of surprise, frustration, and relief.

Doctors want to believe good outcomes occur because of their clever diagnoses and treatments. The reality is when complications occur, cause and effect, relationships degrade into chaos. Intelligence yields to instinct. Perhaps, I subconsciously recognized suction is not the only way to deal with pulmonary edema? If I tried the same maneuver again, would it work? Or would I fail? Did I get lucky, or did I create my own luck? Sometimes intuition can save the day when expertise fails.

The sun’s first rays of morning shone through the patient’s East-facing window as I discarded my PPE, exited the room, took off my PAPR, and sat down to write my intubation note. The ICU fellow sat down next to me to put in ventilator and sedation orders. We turned to face each other.

After a brief pause, I said: “Better lucky than good.” He nodded without saying a word.

Nabil Othman is an anesthesiology resident who blogs at Airway, Bagel, Coffee. 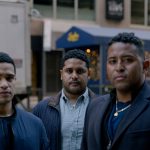 My most dangerous COVID intubation
1 comments