An excerpt from Connect: Building Exceptional Relationships with Family, Friends, and Colleagues.

We believe that people can change. We couldn’t have stayed in the business we’re in for this many decades if we hadn’t seen it happen repeatedly. People might find it challenging and may not want to change at a particular moment in time, but that’s different than not being capable of it.

The story of Phil and Rachel explores just how tricky changing longstanding patterns—can be.

Phil and his daughter Rachel were both physicians working at the same hospital, although Rachel was also building a small private practice on her own. They’d always been close, bonding over basketball (both played varsity in college) and the practice of medicine.

Rachel recognized that their relationship hadn’t changed much since she was a teenager. Her dad had always been very invested in her success—he was her biggest advocate and cheerleader, as well as her chief professional counselor. When Rachel’s young daughter Emma expressed an interest in basketball, Phil renewed his passion for informally coaching the sport. Unfortunately, most of what Phil tended to give was advice—to both Emma and Rachel. This was useful when Rachel was playing college ball and when she navigated medical school, but she found it less and less helpful as time went on.

They didn’t have all that much to talk about beyond sports and medicine, and Rachel wished she had more of a sense of her father’s internal world. When her mother was alive, Rachel would find out how he was feeling from her, but almost never directly from him. When Rachel told her dad what was going on in her life, he tended to respond with parental advice rather than his own disclosure.

Since her mom passed away the previous year, Rachel made it a point to have Phil over for dinner with her husband and kids at least every other week, or to go on a weekend outing together. She also tried to grab breakfast or lunch with him at the hospital when their schedules coincided.

On one such day in the hospital cafeteria, Phil and Rachel bantered as usual about the dismal lunch offerings, talked hospital politics, and mentioned some interesting cases they both had. Then Phil launched into his usual pattern of questions.

“What did you decide about expanding your practice and taking on that friend of yours as a partner?”

Rachel felt the familiar clench in her stomach. Here we go again, she thought. She’d been trying to decide for months whether it was time to expand her one-person private practice and invite her longtime friend and colleague, Nadya, to join her.

“I’m still thinking about it,” she said. “Like I’ve said, there are lots of pros and a few cons that I’m evaluating.”

“Well,” said Phil, “I think you’re crazy if you don’t seize the opportunity to snag Nadya right now. We both know she’s a really great doctor and you’ve been friends since medical school, so you know you get along. People like her don’t grow on trees you know.”

“The question has nothing to do with whether she’s a good doctor or we get along, Dad. It’s more complicated than that.”

Rachel thought about once again explaining all the fraught financial and logistical reasons surrounding the decision but decided not to go there. Phil continued sipping his Coke and eating his lunch in silence, waiting for her response.

After a minute Rachel finally said, “Dad, we’ve talked about all of this before, multiple times, and I really don’t want to go over it all again.

“No brainer. You should just do it and stop overthinking it.”

Rachel felt her anger rise. She was irritated by her father’s advice and felt her concerns were being dismissed. She was also frustrated with herself: she had once again let the conversation move to something happening in her professional life about which Phil had opinions—and strong ones at that. Given how many times they’d had a similar interaction, Rachel felt more than a “pinch”; she was downright pissed.

She was also annoyed that Phil hadn’t gotten the message that his advice was unwelcome. Even though she’d raised it very gently several times before, he was back at it again. I don’t want to beat him over the head because he takes things so personally, she thought, but this has got to stop. I’m 43 years old, for goodness sake. This conversation is no different than when I was 18. There has to be some way to change that. I’m not sure how much longer I can bite my tongue when he oversimplifies an issue I’m struggling with, flippantly telling me what I ought to do.

It was near the end of the lunch hour and they both had patients to see so she decided to let it go. “Dad, this is not useful, so let’s drop it.”

Phil looked hurt and said, “Geez, I was only trying to help.”

“Well it wasn’t helpful,” Rachel snapped. Then catching herself, she said, “Emma is practicing with her team and the new coach this Saturday afternoon. Why don’t you come over for lunch, and then we can go over and watch them practice?”

Phil looked relieved and nodded. “That would be good. See you at noon.”

They both picked up their dishes and headed back to their respective clinics.

Even though Rachel had a full schedule with patients that afternoon, she found her mind wandering back to the lunch conversation. It is so annoying that he doesn’t get it, she thought. But maybe it’s too much to expect. He’s been this way all his life. Maybe there is something to the saying that you can’t teach old dogs new tricks.

Carole Robin and David Bradford are psychologists and authors of Connect: Building Exceptional Relationships with Family, Friends, and Colleagues.

The legend of the "oatmeal law" 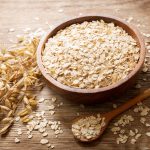