I am a psychiatrist who volunteers his time on the clinical faculty of the local medical school. This is a role I have valued over the years that has allowed me to give back and mentor young residents as my senior colleagues did for me during my training.

Recently, I had a chilling experience that has caused concern and pause. I was supervising a first-year resident who was presenting a patient in an inpatient unit. The resident said the patient was transgender. In the subsequent discussion, I raised the question, “Do you ever wonder about the significant increase in people who are stating they are transgendered in recent years?”

Suddenly, a chill landed on me that was evident in her gaze, and the resident barely could disguise her disgust. She took this inquiry as an apparent attack on the orthodoxy; that one not question the narrative that transgender status is not to be questioned, vigorously defended the validity of the diagnosis, the normality of hormonal treatment for transgender adolescents and appeared to be uninterested in responding to the actual question.

Subsequently, the resident canceled her next appointment with me, and we never met again. In the following week, I received a note from the residency office that my work with this resident as well as another would end with no explanation. I initiated a conversation with the residency director that was not illuminating on this decision. I was, however, allowed to work with other residents in the coming months.

In trying to unpack this event, I have had many thoughts.

First of all, I was deeply disturbed that a young colleague lacked the open mind to address a legitimate question without personal attack. Then I had to experience her dropping me with no statement or closure — beyond using the proxy of the residency director. What was reported to the program about me and this incident remains a mystery.

In our culture, I have come to expect a certain level of intolerance and orthodoxy around many topics, including the transgender debate. But I expect better of my colleagues.

I expect a belief and practice of open, evidence-based, and scientific inquiry in a civil manner. Intellectual openness and curiosity ought to be a given in our profession. And I expect courtesy and the willingness to engage in conversation when one is uncomfortable for whatever reason, with the goal of mutual understanding and respect for the ability to disagree.

Instead, I was ghosted in a manner that seems a new normal among many young people in the social and dating sphere, which clearly this was not. The manner in which I was treated by the residency program was ominous and, but for my outreach, might have been the last time my services were welcome.

Beyond my personal experience, the topic itself is of deep importance to our patients. With the resident, I never had the chance to actually dive into the topic before it was shut down. But I became curious and continue to learn as the issue comes up. There are those who believe that the transgender debate is settled science and who attempt with considerable success to silence and cancel critics. This ranges from J.K. Rowling who has been pummeled for her elegant remarks, to the book When Harry Became Sally, which was pulled from Amazon’s bookstore. Recently, Kiera Bell wrote about her tragic experience with transgender treatment which in hindsight she regrets and has left her permanently altered. Others have written in the popular press about the observed phenomenon of an increase in transgender identity among adolescent females. Clearly, it is a current and evolving issue.

Personally, I am unclear and quite unsettled on transgender issues. I have not done a deep dive and hardly consider myself an expert on the topic, which given the current orthodoxy, might be protective. My training included studies in medical anthropology, where I learned that diseases have social meaning and currency and rarely — if ever exist — in isolation from the culture. In general, I am skeptical about rapid changes in non-infectious diseases and actively seek to understand when this occurs from a socio-cultural lens.

I have certainly met individuals who have had gender identity issues, some from early life, others from later adolescence or adulthood. Their paths and that of their families have been challenging. I am far from willing to deny their distress or the provision of treatment after careful evaluation and consideration of long and short-term risks.

But I am deeply disturbed about the uncritical approach to life-altering hormonal and surgical interventions in adolescents and youth, whose judgment is not fully formed and who may come to deeply regret their decisions that create irreversible change in their lives.

We have many examples of beliefs held by some professionals in recent years that have been recanted. These include the ubiquitous use of opiates for chronic pain, backed by “research” and marketing.

In mental health, we have the sham of repressed memory that acolytes believed was a common occurrence where people were in some cases persuaded to manufacture childhood abuse, based upon suggestion from therapists with no evidence of conscious memory. Practices including censoring books and shutting down reasonable discourse and research with personal attacks are ugly and damages people and the credibility of our profession. And medical schools that inherit today’s undergrads should screen for and teach tolerance, humanity and civility in tomorrow’s doctors.

The author is an anonymous psychiatrist.

Understanding the link between reflux and cancer can save lives 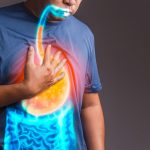 When an attending was canceled by a resident
9 comments