Sometimes, I’m warned. There might be a heaviness over the right quadrant of my head, accompanied by spotting in my vision, little flecks of light that distract my attention and signal the pain to come. Other times, there is no premonition. Out of nowhere, I am struck by pounding inside my skull and unrelenting nausea. Even in those times, my partner will say he knew it was coming. He has come to interpret a certain look in my eyes and a distinct mood, which suggests I soon will require an ice pack and a cool, dark room, entirely free of sound. He knows I could spend days in that place. He also knows that a trip to the emergency room for a cocktail infusion may be in order if the medications do not work, which has happened more times than either of us care to remember.

For those of you who have ever suffered from this ailment, you will know I am talking about migraines. They call us “migrainers.” For those of you who have not, you might question how bad a headache could possibly be. A colleague asked me once, “How bad can it be?” Another time, an acquaintance was complaining about one of his employees who suffers from migraines. “She gets a migraine, and she calls in sick. Seriously? It’s a headache. Take some Tylenol and get back to work. It can’t be that bad.”

By the way, in my experience, Tylenol does absolutely nothing for a migraine, nor does any other over-the-counter remedy, including those specifically designed to relieve the unique pain of migraines. And, believe me, I have tried them all.

Considered the third most prevalent and sixth most disabling illness in the world, migraine is a neurological disease that affects 39 million people in the U.S. and one billion people across the globe. Migraine attacks typically last anywhere between four hours and three days, and the large majority of people who suffer from migraines are unable to work or function normally during an attack. There has been a surge in migraines since the onset of the coronavirus pandemic.

Women are disproportionately affected by migraines. In the U.S., three times as many women as men are migraine sufferers. Among those with chronic migraines, 85 percent are women. Fluctuating estrogen levels are thought to contribute to migraines among women. However, research designed to truly understand why women are at greater risk for migraine is limited.

The fact that migraines disproportionately affect women likely contributes to the fact that migraine research is underfunded. Gender bias affects the headache field in other ways as well. Women are underrepresented as migraine experts, which means men are driving the conversations about this illness.

Indeed, a migraine is more than just a headache. Migraine is extreme pain and suffering, disability, loss of productivity, and loss of income. Migraine is stigma, an illness that is minimized and often disregarded. Migraine is sexism and gender bias with regard to how and how much it is studied and by whom and with regard to how and by whom victims seek and receive treatment. We must first acknowledge all of the ways in which migraine is more than just a headache before we can truly begin to address this debilitating disease that affects so many.

Until then, I will continue to experiment with treatments, adding to the long list of things I have tried. These include multiple prophylactic medications to prevent migraines — none of which I could tolerate due to reactions ranging from mental confusion and poor word recall to hallucinations and out-of-body experiences and the prescription intervention drugs that sometimes work for me but not without serious side effects.

I used to spend 20 minutes every morning wearing a device that generated an electrical current designed to stimulate the trigeminal nerve within the brain. Not only did I get used to the discomfort, but I came to enjoy it, similar to how I imagine people come to like the physical sensation of being tattooed. But, ultimately, I did not see the promised benefit. I have tried acupuncture and massage, both of which were costly and neither of which yielded a migraine-free existence. I have tried biofeedback and peppermint as well as other essential oils with virtually no effect. The only thing I have tried that has really worked is the keto diet. Trust me, only the pain of a migraine would keep me from carbs and sugar. But, many people cannot adhere to the keto diet, so its utility as a widespread treatment for migraines is probably not realistic.

Migraine is more than just a headache and should be treated as such.

Tiffany Chenneville is a psychologist. 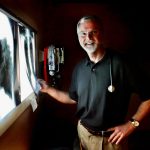 How to be a "good girl": confessions of an (im)perfectionist