Dr. Bernard Lown died February 16, four months shy of his one-hundredth birthday. The Dr. Lown we knew does not emerge from the long list of his many accomplishments, which include the invention of the DC defibrillator and cardioversion, the development of the modern (and when he described it, revolutionary) approach to the care of patients following myocardial infarction, and the founding of International Physicians to Prevent Nuclear War (which won the Nobel Peace Prize, in 1985) and Physicians for Social Responsibility, which collectively saved hundreds of thousands, and perhaps hundreds of millions of lives.

The Dr. Lown we knew held court in his living room, the little dining room off his kitchen, or the library upstairs. He entertained hundreds of medical students, young physicians, world leaders, corporate giants, and many others. While we all came to seek his counsel, he seemed fascinated by everyone he met — people to know and to learn from. He listened deeply, never passively. He challenged us with incisive questions, poking, prodding, and pulling the best out of everyone. . . and recording our thoughts and his observations in his little notebook. Ever the humanist, he valued every single human life and believed that deep interpersonal relationships could move the world. We left those meetings honored and energized, albeit a bit intimidated.

The Dr. Lown we knew was more than just a good listener: He was the moral compass of medicine and health care in a world that could not find true north. He never patented the defibrillator. When the manufacturer paid him for the rights anyway, he donated those funds to endow a scholarship program in public health for health professionals from around the world. He counseled students, colleagues, and patients not just to seek scientific evidence but to avoid entrapment by the allure of pharma or technology or wealth. “Stop all ten drugs but one,” he once told a student on rounds. “You choose which one to retain.”

The Dr. Lown we knew used his voice persistently and with urgency to call for justice in pursuit of health. He wrote, “never whisper in the presence of wrong.” He advocated for an equitable health care system, not a market-based industry; he called out the failures and excesses of for-profit medicine; he prescribed survival not just for his patients but for our planet; he implored all health care workers to leverage their special, trusted relationships to advance true democracy, in which all people are valued, have a voice and an even chance.

Ever the teacher, the Dr. Lown we knew modeled “The Lost Art of Healing” (the title of one of his books) in the clinic, the laboratory, and the halls of power. As health professionals, we watched him listen carefully to his patients; as citizens, we saw him listen deeply to our neighbors. We heard him importune our health care enterprise to do what is best for democracy with an eye on the future, instead of what helps today’s bottom line. And he entreated us to bear witness to the harms and risks of our social choices, to shine a light on the possible, and to lead toward a future that is better than the past. “If you can see the invisible,” Dr. Lown said, “you can do the impossible.”

Dr. Bernard Lown was the best of his generation. Kind and wise. A listener, a thinker, a doer.  A teacher and prodder. A challenger and inspirer. Impossible to equal. And impossible to ignore.

Michael Fine is a family physician. David Bor is an internal medicine physician.

A physician's search for meaning 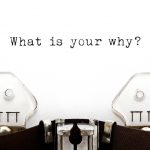 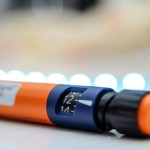 In memory of Bernard Lown
1 comments