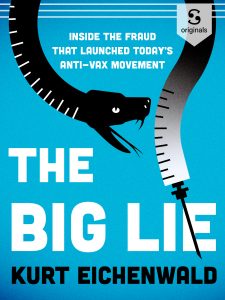 An excerpt from The Big Lie: How One Doctor’s Medical Fraud Launched Today’s Deadly Anti-Vax Movement.

Inside the Royal Free Hospital in London, scores of reporters, physicians, and hangers-on packed the Atrium conference room, waiting for a press briefing to begin for five medical specialists who would deliver what would prove to be a historic—and dangerous—announcement.

It was February 1998. Journalists reviewed the embargoed press release they had received revealing the news: A Royal Free study may have discovered a link between autism in children and a gastrointestinal disorder. A sentence earth end noted that symptoms of the disorder sometimes emerged after a child had received the triple vaccine for measles, mumps, and rubella—known as the MMR—and suggested that more research into a possible link should be conducted.

The five scientists entered the room. They had already agreed to sidestep any broad pronouncements about vaccines, given that the study, involving just twelve children, established no causal relationship between the vaccine, the disorder, and autism. In fact, the link bordered on little more than anecdote—barely enough to justify further research. The researchers decided to discuss only the gastrointestinal condition and autism.

Then things took a jarring turn. A journalist asked the dean of Royal Free, Arie Zuckerman, whether parents should continue immunizing their children. Zuckerman threw the question down the table to Andrew Wakefield, the tall, boyishly handsome lead researcher. Zuckerman waited to hear Wakefield sing the praises of vaccination.

Wakefield’s words floored Zuckerman. Not only had he broken their agreement, but he was giving recommendations unsupported by their study or by any other research. No data, no hypothesis—nothing suggested that the MMR should be abandoned for separate inoculations. Wakefield, a gastroenterologist with no expertise in immunizations, was making a recommendation that none of them had even considered.

Worse, separate vaccines for measles, mumps, and rubella did not exist in any Western country. By slamming the MMR in favor of individual vaccines made by no one, Wakefield could be interpreted as suggesting that parents cease inoculating their children entirely for three deadly diseases.
These unsupported musings could not go unchallenged, Zuckerman decided. He interrupted his colleague’s reckless assertions and passed the question to Simon Murch, a pediatric gastroenterologist who—unlike Wakefield—worked with children.

“I have full confidence in the MMR vaccine,” Murch said. If the study caused a scare and led to cutbacks in immunizations, he added, measles cases would surely go up.

This wasn’t enough. Zuckerman jumped to his feet and pounded a lectern. “Measles is the eighth most common cause of death in the world today, and 250 million doses of MMR have been given in Western Europe,” he said sharply. “The MMR campaign has been shown to be safe and effective.”

It was too late. In the weeks and months that followed, Wakefield’s comments, amplified by the media megaphone, set off a global panic about the purported dangers of the MMR vaccine. Wakefield would stoke this fear for years, delivering lectures and speaking to any reporters who would listen to his theories.

Epidemiologists, virologists, and other infectious disease specialists argued against this unqualified doctor as they produced comprehensive research refuting his claims. They had little success. For a public already deeply suspicious of drug companies and their relationships with doctors and government officials, Wakefield’s assertion of a connection between the MMR and autism validated misguided beliefs and transformed a once-unknown researcher into a superstar. He was portrayed as a hero fighting for children while staving off dark forces in the pharmaceutical industry and the medical establishment.

Years passed before the ugly truth emerged: It was all a fraud. Wakefield had engaged in transgressions of audacious proportion by fudging and misreporting data while lying to colleagues not only about his own conflicts of interest, but about the families whose children figured in his research. A British medical council found his actions “irresponsible and dishonest” and stripped him of his license. Wakefield’s career crashed, his reputation in tatters.

Why did he do it? Popular belief presumes Wakefield’s motivation as a thirst for riches and fame, but the truth is more complex. Wakefield was a man obsessed, driven by a pet theory, and furious that colleagues and the government refused to confer the acclaim he believed his work deserved. Combined with a character that relentlessly adopted viewpoints that contradicted the evidence, it made him that most dangerous of deceivers: a man with unyielding faith in a falsehood. At bottom, however, was a basic fact that had little to do with malfeasance or psychological eccentricity: Wakefield, quite simply, was an utterly incompetent researcher.

Yet medical researchers who suspected something improper in Wakefield’s study largely remained silent, committing their faith to a review system not designed to catch fraud, and frightened about leveling the most serious charge possible against a scientist and then being proved wrong. Meanwhile, Wakefield kept himself in the limelight by spewing nonsense to journalists hungry for scoops and politicians eager for headlines.

The account of Wakefield’s deceptions is no mere history lesson about a sordid tale from the archives of research. Despite his exposure as a fraud, Wakefield transformed himself into a champion of truth for the gullible. Leaving England in disgrace, he moved to the United States, where he is lauded by those who oppose vaccines, known as anti-vaxxers, as one of the few health experts who can be trusted. Through the support of his acolytes, Wakefield became wealthy through speaking engagements, mingled with celebrities associated with the anti-vax movement, including the former supermodel Elle Macpherson, who is now his girlfriend. He also caught the attention of Donald Trump, who repeated Wakefield’s claim that vaccines cause autism at a 2015 debate, and he continued to do so throughout his campaign. Just weeks before the 2016 election, Wakefield was granted an audience with Trump, whose vaccines-cause-autism rhetoric became an established part of his repertoire of lies.

Most notably, Wakefield is loudly condemning COVID-19 vaccines, declaring that the disease is not serious and that fighting it has only caused harm. On April 16, Wakefield shared his theories at the Health and Freedom conference in Oklahoma City. As of this writing, nearly 600,000 Americans have died from COVID-19.

This is why it’s vital to understand the full extent of Andrew Wakefield’s fraud. His story is not some remnant of the past; he continues to spread lies, to people who don’t know his history, who don’t understand what he proved and what he didn’t, who don’t recognize that he could well be the most dangerous charlatan to emerge in modern medicine.

Kurt Eichenwald is a journalist and author of The Big Lie: How One Doctor’s Medical Fraud Launched Today’s Deadly Anti-Vax Movement.

Missouri and Texas: a tale of 2 COVID cultures 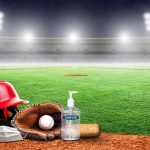 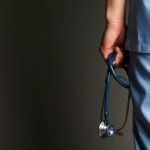