An excerpt from Under the Collar: Frank Conversations about Healing that Harms: Simply Speaking.

Hospitalist Nigel admitted elderly Ms. Mann who had developed dehydration after several days of unrelenting nausea and vomiting. Respecting patients’ privacy, Nigel asked Ms. Mann to name the individuals with whom the team could disclose her medical course and treatment. Ms. Mann designated only her son and daughter-in-law as her proxies. During her hospitalization, Ms. Mann was visited by multiple family members, who tandemly asked for updates. One eager relative (not designated as a proxy) badgered the hospital staff for updates. Angered by the staff’s refusal to answer her, she stressed the staff with phone call after phone call throughout the day and well into the night. The burdened nursing staff eventually notified their supervisor, who, in turn, contacted the evening, swing shift on-call hospitalist Larry.

Following the nursing supervisor’s request to update the aggressive relative, Larry reviewed the chart, contacted the relative, recited a detailed overview of events and answered all questions. He then messaged Nigel with accounts of his gallant efforts and instructed Nigel to update the unauthorized aggressor at her behest moving forward.

Nigel, frustrated, huffed at the miscommunication and wrong expectations Larry’s interference had created. Nigel realized this unauthorized aggressor now had the impression that she could call anytime she pleased.

“And now,” Nigel sulked, “what am I to do with Nursing who will forevermore burden the emergency-only, swing doc with nonurgent pages, like these inconsequential updates to people who shouldn’t be updated? And I got swing tomorrow!”

Larry may have simply wanted to save the staff and himself from a troublesome inquirer, while improving patient satisfaction. If that had been the case, thanks, Larry, for the sacrifice and service. Afterall, not only was Larry responsible for admitting patients, he was also required to address acute complications and emergencies for up to 100 patients that belong to the entire hospitalist service. His taking time to converse with someone was no small favor.

How certain could Larry have been that the person to whom he disclosed delicate medical information was, first, even related to Ms. Mann and, second, in good standing with her? In all fairness, swing shift hospitalists would not know the everyday details of the 100 patients they oversee for the rounding hospitalists; they cannot know the particulars of care plans and communications. That is why updates are best left to the rounding hospitalist. Larry would best serve Ms. Mann (the vital cog in this wheel) by deferring that conversation to Nigel. Unfortunately, he would have to swat repeated aggressions throughout his shift; but, is Ms. Mann’s privacy not worth it?

In addition to leaking private information to an unauthorized individual who just happened to ask for Ms. Mann by name, Larry commanded Nigel to worsen this HIPAA violation. Given the tone of his command, Larry must have felt right proud of his informing an aggressive, unconfirmed querent. If so, perhaps he should have paged Nigel prior to blindly succumbing to clamorous callers.

During all of his back-patting, did Larry consider that maybe the unauthorized querent was unauthorized for a reason; that maybe the querent’s aggressive nature may overwhelm even Ms. Mann who may have hoped not naming that person would prompt staff to shield her from the unwelcomed? With that in mind, can Larry be certain he expertly met Ms. Mann’s needs? By jeopardizing Ms. Mann’s privacy (or safety), did Larry meet patient satisfaction goals?

Adedotun Adewusi is a hospitalist and co-author of Under the Collar: Frank Conversations about Healing that Harms: Simply Speaking. 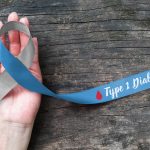 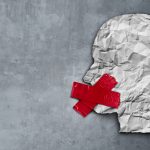