“The blood test shows a genetic mutation at MLH1. You have Lynch.” The words were spoken by my genetic counselor the minute I sat in my chair should have hit me harder, but I only felt numb. I glanced at my closest friend, the person they had insisted go with me to the appointment, and watched as tears filled her eyes. I glanced back at the genetic counselor and the student sitting next to her. In a way, I knew what the results would be the moment they called to ask if a student could sit in on the appointment to learn how to deliver results.

The term Lynch Syndrome wasn’t new to me. I first heard it years earlier when my cousin, a few months before he died of colon cancer, asked all of us to be tested. He was following his father’s footsteps who received a terminal diagnosis in his early 40s: The most recent in a long line of Evers to have cancer.

But, in a deviation from the family script, he was the first to be told that it wasn’t just a strong family history but a genetic mutation that predisposes individuals to over 12 types of cancer — colon cancer being the most common.

Individuals with Lynch have up to an 80 percent lifetime risk of developing one of these cancers. Not only do they tend to develop at a much earlier age than usual, often multiple primary cancers develop over a lifetime. I had already done my research. Medical journals, research studies … I took a deep dive to learn about the rapidly evolving field of family cancer syndromes from a very academic stance.

In the media, cancer genetics typically relates to breast cancer and BRCA. But it is estimated that 1 out of every 279 Americans carry a mutation related to the less commonly discussed Lynch. With the rapid development of genetic science, we may all soon discover that we carry some type of mutation, but few of us truly understand what that means.

Genetic tests that are provided without medical counseling rarely provide context and support. Looking back, I wish that there was more public knowledge of Lynch and that my family had discussed our strong family history of colon cancer sooner. Colons are not a comfortable topic and even medical providers don’t often see the link between the varieties of cancers associated with Lynch.

“Can you hand me the box of tissues?” My friend continued crying as she took in the news. For my part, my head was spinning as I created a list of questions. Are there any specialists for Lynch Syndrome? Will I have to travel to find one? How do I avoid hearing the diagnosis of cancer? Am I going to lose my medical insurance? I had waited over a year to be tested in order to be covered by the newly enacted Genetic Nondiscrimination Act which prohibits genetic information discrimination in employment. But as my counselor confirmed, there could be implications for the types of insurance I’d be able to get. She also outlined the potential screenings and their potential costs, I would need to begin as soon as possible.

Living with Lynch can be complex, involving yearly multi-organ cancer surveillance procedures and risk-reducing strategies. These might include prophylactic surgery, including removal of portions of the colon and female organs.

Lynch “previvors,” a term for individuals who have a genetic predisposition for cancer but not a cancer diagnosis, may face six or more surveillance procedures a year knowing the very high probability they will learn they have cancer. This ominous title often means we face a lifetime of anxiety that the next stomach ache, sick day or birthday could bring us the same fate as our family members.

Also, since children have a 50 percent chance of inheriting this mutation from their parents, many in our families face the same challenges and often become caregivers for others with cancer. Making the realities of a potential cancer diagnosis understood and front of mind.

With the rise of direct-to-consumer genetic testing kits, many more people are becoming aware of their genetic predisposition for a variety of conditions, including cancer. Results are often delivered through an online portal, an email, or sometimes a mailed letter. More than 10 years later, I can still hear those words, “Genetic mutation at MLH1,” and imagine what it would have been to see those words in a report with very little context.

I imagine I would have, as I’m sure so many others do, headed to the Internet, reading both accurate and inaccurate information. While much of my visit with my genetic counselor feels like a blur, I left that meeting with a list of answered questions, referrals to specialists, contact information for virtual support groups, and a friend by my side holding my hand. I am grateful that I know about my mutation and live by the phrase “knowledge is power.”

But when I imagine the thousands of people receiving the news that they have Lynch through a report, I prefer to believe that knowledge is power only when it is accompanied by context and support. March is colon cancer awareness month, and March 22nd is Lynch Syndrome Awareness Day. There is no better time to make a plan to talk about the history of cancer in your family with your loved ones, including the tough topic of colon and rectal cancers; consult a genetic counselor. And arm yourself not only with knowledge but context and support.

Kerry E. Evers is a psychologist.

Is it time to consider social determinants of health in Medicare payments? 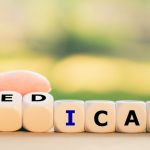 Another lesson learned: This is what gratitude looks like