In 2003, the ACGME first set a national standard for house staff duty hours, limiting maximum shift lengths from unlimited hours to 30 hours (24+6) for all house staff. With continued concerns about medical errors and sleep deprivation safer, standards were updated in 2011 to reduce maximum shift lengths to 20 hours (16+4) for the first/internship year (noted here as “2011 reform”). But only a few years later in 2016, the ACGME announced maximum shifts would revert back to 28 hours (24+4) for all house staff.

Why such a swift reversion to attempted reform?

Chiefly, the FIRST and iCOMPARE trials showed that longer shifts did not change educational opportunities or patient outcomes, implying that work hour reform had not demonstrated its intended benefits. Essentially, however, no causal relationship between shift length reduction and harm to patient safety or resident education was demonstrated, and key additional issues related to occupational safety and patient preference were not assessed. Additionally, the studies’ authors did not obtain consent from participants and were funded partially by the private ACGME, a bioethical violation and conflict of interest that limit the integrity of the studies at baseline. However, they drew professional acceptance and in 2017, despite attempts by the advocacy group Public Citizen to oppose the change, the ACGME reverted to the maximum shift length of 28 hours (24+4) for all house staff where it remains.

Even prior to the 2011 reform, concern had also been growing about the patient safety implications of poor-quality care handoffs. With an anticipated risk of compounding error due to more frequent handoffs with reduced shift lengths, researchers explored the 2011 reform’s impact on patient safety. A 2015 study published in the American Journal of Medicine linked end-of-rotation handoffs with increased patient mortality, but the result was statistically nullified post-2011 reform. And a 2016 study published in JAMA concluded that there was greater hospital mortality with end-of-rotation handoffs post-2011 reform, although alternative statistical analyses again nullified the result. While a casual glance at retrospective cohort studies like these could lead to misinterpretations that the 2011 reform caused reductions in patient safety, they did not establish any certain or probable cause-effect relationship between shift length reduction and increased patient mortality.

To date, no convincing causal relationship between shift length reduction and patient harm has yet to be demonstrated. Further, an opposite or neutral association may instead be valid, with numerous studies finding either no changes or improvements in patient safety and resident education and wellness following reform.

Systematic reviews and meta-analyses can enhance the strength/pooled effect of results on the same outcome and control for systematic error across multiple studies but are still limited by the random bias of individual studies. Additionally, multidimensional topics that cross fields of epistemological study are incompletely amenable to their use in informing well-rounded conclusions that translate from idealized theory to ethical, applied policies. For example, a 2014 systematic review published in Annals of Surgery exploring the effect of resident duty hour restrictions from 1980 to 2013 concluded lack of benefit to resident wellness and negative impacts on patient safety. However, the amalgamated primary results were decidedly diverse and several based on unvalidated measures or subjective perceptions, making objective unification of results difficult. And while the conclusion linked reform with “negative impacts on patient outcomes,” there was no statistically significant relationship detected for patient mortality and the results were too mixed to complete a quantitative comparison at all for patient morbidity. Further, a broader contextual commentary on the harms of long working hours limits the study’s extrapolation to a real-world context additionally grounded in occupational rights.

Peer-reviewed literature alone cannot provide the comprehensive view necessary to inform ethical occupational policies, with a cursory analysis risking policy-informing conclusions drawn from results that are “simply accurate measures of the prevailing bias” rather than genuinely objective reflections. Additionally, studies that conclude or imply detriment on important outcomes are inherently limited by random error and bias, with many failing to report essential values like effect size or coefficients of determination which limit the ability to understand the real-world significance of statistically significant findings. Journals may also often support a prevailing professional opinion more than a non-negotiable, uniform truth through publication bias itself.

Therefore, we must also consider and address contextual issues including the history and insular culture propagated by the 20th century “professionalization of the profession” of medicine in the United States that upholds a hazardous training and occupational environment nearly impervious to meaningful reform.

Although peer-reviewed evidence is necessary for a holistic consideration of policies that impact house staff and patient safety, it is insufficient in a vacuum in reaching a complete, nuanced solution that importantly and additionally centers occupational rights. After all, it, too, fails to support the necessity or safety of current policies or to suggest actionable proposals for reform. And we continue to discover results that match common sense without the added ability to offer immediate, actionable steps for efficient change. For example, a June 2020 NEJM-published study found that pediatric residents in the ICU made more serious errors when working less (<=16 hours) than when working more (24+ hours). However, when the number of patients per resident was controlled, there were no error differences. Unsurprisingly, compensating for reduced hours by having house staff care for more patients in less time (i.e., work compression) will not be a safe or reasonable way to fill the coverage gap. So while the ongoing effort to increase funding for training positions and bypass the 1997 Balanced Budget Act hiring freeze continues, we must optimize sustainable, dynamic solutions, including evidence-based handoff safety procedures like I-PASS and universal, systematized partnership with advanced practice providers on medical and surgical house staff training teams.

There are “remarkably few” objective data to support continued 24+-hour shifts or 80+-hour weeks for house staff, opposing overstated, erroneous beliefs within the profession that reform would lead to “shift mentality” that meaningfully compromises duty. And regardless, patients do not want to test the risk, with a 2016 poll finding that 80 to 86 percent of the population opposes house staff working more than 16 hours per shift. As trust in medical leadership declines today. and trust in physicians is lower in the U.S. than other high-income nations, it is essential that we remain healthfully critical of the profession and literature which informs its policies. This especially includes those that affect its most vulnerable population of house staff, whose ability to advocate for themselves weakens as residency spots dwindle even as the physician shortage intensifies.

Reducing hazardous ACGME-regulated work hour maximums and supporting OSHA’s reclassification of house staff as employees to ensure independent oversight of their occupational safety are arguably the leading drivers of preventable occupational injury that are most amenable to systematic, specific, actionable, feasible, and meaningful change. They are rights to their own end and ones that affect patient safety and public health, making urgent reform no less than an ethical imperative.

Cannabinoids are medicine, but patients aren’t getting the care they need 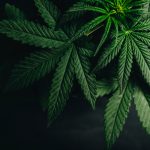 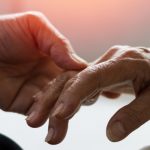