In the past 12 months, as the coronavirus swept from coast to coast and back again, scientific knowledge and inquiry have been thrust to the forefront of American political consciousness. With science’s newfound centrality to our public life has come increased respect and admiration for health care professionals and medical researchers. But as science has risen in national importance, so too have its detractors. As we round the one-year mark of COVID-19’s deep imprint on the United States, it is worth considering how threats from all sides of the political spectrum threaten to distort popular scientific knowledge and sow mistrust.

On the one hand, some ignore science altogether – the cranks who downplayed the seriousness of the coronavirus amidst its terrifying dart across the country. These are the science skeptics. They include those who mock masking, those who berate doctors and denigrate microbiologists even as the vaccines they designed offer our best hope for returning completely to pre-pandemic life, and those who peddle snake oils (or, possibly worse, bleach) as miracle COVID-19 cures.

Though immensely frustrating to the medical community, particularly as ending the pandemic depends on our ability to effectively distribute vaccines, these skeptics are at least transparent in their denialism. Moreover, a good scientist can easily refute patently false claims. Consider, for instance, Dr. Paul Offitt, Director of the Vaccine Education Center at the Children’s Hospital of Philadelphia, who has authored numerous books refuting sham claims such as the idea that vaccines cause autism. Likely, Dr. Offitt’s activism and leadership in promoting vaccine education and awareness have saved the lives of thousands of children.

At the other end of our public discourse is an entirely different group: public figures who have solemnly pledged to “follow the science” but who have used science as a crutch to make fundamentally political decisions. Take the tragic saga of the American Federation of Teachers’ role in opposing school openings nationwide. The AFT’s President, Randi Weingarten, may have pledged her fealty to science. Still, the scientific studies conducted on school re-openings across the world demonstrate that they are hardly transmission hubs for COVID-19. Meanwhile, political foot-dragging has delayed school openings nationwide, likely contributing to the uptick in youth depression, substance abuse, and suicide in the past 12 months.

An examination of the argument against school re-openings reveals that its logic is rooted in a value judgment, not in science. Is it worth it to send teachers back into school under less-than-ideal conditions? Science might tell you that school re-openings pose some risk to teachers. But science also might indicate that a refusal to return to classrooms means that more children will suffer. With scientific evidence supporting either side of the argument, we must rely on subjective judgment.

While scientific knowledge can recommend and inform, the core issue is that it cannot make decisions that are rooted, at a basic level, in what we value. We know that the flu kills thousands of Americans each year, yet no 21st-century flu ever stopped us from crowding into gyms, bars, and concert halls. Why? Because collectively, we made an implicit value judgment – that the risk of contracting the flu was a price worth paying for the comforts of pre-2020 America. In contrast, we recognize that yes, COVID-19 is markedly more lethal than the flu – and as the science is our guide, we have adjusted our behavior accordingly.

As we stagger towards normalcy, we should be mindful of the correct role of science in American life. Science is fundamentally about inquiry, discovery, and knowledge. It is up to us how we choose to apply that knowledge. Instead of scientific denialism, but also instead of citing “science” to justify decisions that fly in the face of empirical evidence, we should allow scientific evidence to inform our decisions and steer our behavior, while humbly acknowledging that values and judgment are our ultimate arbiters.

John Connolly is a medical student. 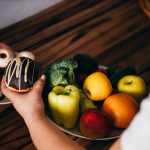 One year into the COVID-19 pandemic