As early as April 6, 2020, the New York Times (NYT) published an article revealing early pandemic statistics that showed the death rate for people with intellectual or developmental disabilities (IDD) who received residential services in New York State (NYS) was double that for the general population. As difficult as the pandemic has been for all of us, it was clear from the beginning that some were more vulnerable than others.

By May 2020, we saw the first research on this population, based on the TriNetX data. This study took a deeper dive into the statistics available from NYS.  Although the death rate reported in the NYT was accurate, this research revealed a more complex reality. The case fatality rate for the IDD population was actually comparable to the general population at 5.1 percent vs. 5.4 percent. This suggested that the numbers reported by the NYT were most like related to a higher infection rate for the IDD population, but the study unmasked a more significant issue.  When the statistics were separated into age bands, it revealed dramatically worse outcomes for those with IDD at younger ages. The case fatality rate for those over 75 was not higher than their counterparts in the general population, but for adults less than 75 years old, they were almost twice as likely to die from COVID-19, and children 0-17 years old were a whopping 16 times more likely to succumb to COVID-19 than their counterparts in the general population.

A subsequent study published in the same journal and focused on the California IDD population confirmed the increased risk for those with disabilities living in group settings. Furthermore, this research uncovered a positive correlation between the number of people under one roof and the intensity of services being provided with an increased risk of infection and death from COVID-19.

As with the disabled populations, several studies have shown a differential impact of the pandemic on those with serious mental illness (SMI) that were published in parallel with those cited thus far. An article in Schizophrenia Research leaned heavily on earlier published studies to show that the social distancing in response to COVID-19 would exacerbate symptoms of those with SMI. In particular, they cited literature showing the increased use of technology and social isolation increased paranoid delusions and could even trigger psychotic episodes. They further argued that the resulting increase in disorganized thinking and use of street drugs puts the SMI population at increased risk of contracting COVID-19.

In fact, a subsequent study published in World Psychiatry showed a 7-10 fold increased risk of infection and death in those with mental disorders.

Association of recent (within past year) diagnosis of a mental disorder and COVID‐19 infection after adjusting for age, gender, and ethnicity.

Since a large portion of people with disabilities and SMI have significant co-morbidities, it is challenging to sift out the independent impact of their underlying condition on COVID-19 risk. It seems clear at this point that congregate living, which is prevalent in both of these populations puts them at significantly increased risk, but a Yale study published in September 2020 demonstrated that even after correcting for co-morbidities, people with psychiatric disorders carried a risk of death from COVID-19 that was 1.5 times that of the general population.

As we continue to refine our approach to executing a vaccination strategy that prioritizes those most at risk, those with disabilities and SMI will require some special consideration. The pandemic creates particular risks and hardships for these populations. Given the data we have on death rates among children with IDD, it will be particularly important to get a vaccine approved for them that is shown to be safe and effective. Beyond that, vaccination programs will need to take into account issues related to these diagnoses that will likely require specialized capacity and capabilities to ensure those most at risk can actually get vaccinated.

Inside the $1.9 trillion coronavirus stimulus bill is a political time bomb for Republicans 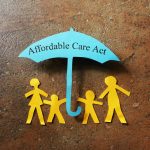 An introduction to medical-legal consulting [PODCAST] 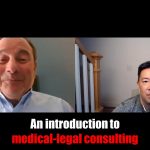