It is a macabre fact. The easing of COVID shutdowns has brought back mass shootings in the U.S. With almost no packed schools, movie theaters, malls, airports, and fewer packed workplaces during the last year, mass shootings did not lead the news. Now they are back.

This month’s shootings at Atlanta spas and at a Boulder, Colorado grocery store have jolted the nation back into the banality and unpredictability of gun violence. And there is another danger. Even before victims’ families are notified, and services are held; even before suspects are charged, evidence gathered, and the slow process of justice begun — the public craves a “take-home message.”

Which group is most often targeted? Which shooting is the “worst”? What groups–white supremacist, religious–do mass gun murderers belong to?

In 16 years of covering gun violence as a national reporter, I know that the take-home message is not found in the identities of the victims or the perpetrators; the bloodshed is “equal opportunity.”

The 2016 Pulse nightclub shootings in Orlando probably took the most LGBT and Latinx lives in recent memory, but the murderer was also an ISIS sympathizer. Racists like the 2015 Charleston church shooter and 2012 Wisconsin Sikh temple shooter (and of course the New Zealand 2019 Christchurch mosque shooter) have executed their victims in cold blood. The Vegas shooter killed 60 in 2017 without targeting any apparent minorities or ethnicities.

Yes, women are often gun victims, especially because of domestic violence, but so are those who are not classically powerless or pitied, like the four at Naval Air Station Pensacola and two at Pearl Harbor Naval Shipyard in 2019 and the 13 killed at Fort Hood in 2009. Are they any less victims? And what about the three Baton Rouge and five Dallas police officers killed in cold blood by snipers in 2016, sadly victims of apparent racially motivated violence?

It is dangerous for media to focus on the “right” victims and perpetrators. Do the many gun victims at schools and college campuses, workplaces, and intra-racial violence settings not count when they are not ethnic minorities? One irresponsible news outlet speculated on the basis of the Atlanta spa killings that “hyper-sexualized” Asian women are especially targeted–an irresponsible and factually incorrect allegation that does a disservice to all gun victims.

I am no longer a gun law reporter but have pointed out, as many do, that well-written, psychiatrically-based laws would keep guns from the kinds of hateful and mentally ill shooters that we most recently saw in Atlanta and Boulder. Does anyone (except the very outdated gun lobby) believe that people with dementia, cognitive impairment, Alzheimer’s; people who have been hospitalized for mental illness; people convicted of felonies and domestic violence and people on the no fly and terror watch lists should have firearms?

The truth is that their own families know most mass shooters to be dangerous; some families have begged authorities to intervene. (One family I interviewed was relieved that, when their son killed himself, he did not take scores of others with him.)

What stops the passage of psychiatrically-based gun laws, which work in other countries, is federal lawmakers loyal to a very inflexible and outdated U.S. gun lobby fighting gun safety laws. The irony is that most of the U.S. public, including gun owners, would welcome laws to keep firearms out of the hands of mentally incapacitated people like the Atlanta and Boulder killers. 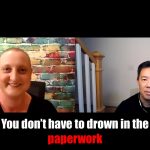