The last four years of American political life have demonstrated the pervasive nature of identity politics in America. We are so sharply divided that we can’t even choose to agree on the terms of reality. In a world so divided, letting people know what we believe to distinguish ourselves from the evils of the contrary has become obligatory. A somewhat unintended consequence of this is our eagerness to embrace and praise those whose beliefs mirror our own without demanding real accountability, giving way to the troubling trend of performative activism.

Performative activism is the practice of publicly professing allegiance to a social cause for its associated benefits – largely social acceptance and in some cases personal advancement. This behavior has been amplified in the age of social media, where one’s duty to social justice can be fulfilled by writing, liking or sharing a 140-character manifesto. While it appears rather benign on the surface, some have transformed this into actively predatory behavior.

In a series of texts, social activist and physician, Dr. Esther Choo stated that she did not want to be “policed by white women,” in response to an employee’s inquiries about Choo’s active social media promotion of a male trainee who was under investigation for sexual harassment. The words she used to dismiss the female trainee’s concerns were part of a devastating and calculated attack. The terms “policed by white women” evoke powerful responses among those who bore witness to the gut-wrenching racial violence of police brutality against black men. And who can forget the anger they felt when they heard the story a white woman who called the police on a peaceful black birdwatcher.

By framing the trainee’s inquiry as an episode of “policing by white women” Choo silences her by drawing an inaccurate parallel between the trainee’s complaints to broader racial injustice. She exploits identity politics and relegates the trainee with the title of “white women” conveniently overlooking her own forms of social privilege – namely a full professorship in an extremely hierarchical profession and immense social clout, ironically derived from a platform of stopping sexual harassment and gender discrimination in medicine.

Colonizing social causes and the vulnerable populations affected by them for personal gain is a dangerous practice. And it is not particularly new. We have seen this before with voluntourism in which vacationers seek to change the arc of a country’s nascent health care infrastructure with two-week commitments to the cause and a lifetime’s worth of photo-ops. We also see this in tokenism, where institutional responses to generations of inequity are to symbolically recruit figureheads from underrepresented groups without rectifying or even recognizing underlying patterns of discrimination as the root cause.

While performative activists are not always diabolical wolves in lambs clothing, they can still do much to stifle the advancement of social causes when they join ranks. The case of Esther Choo and Time’s UP Healthcare is particularly troubling as it feels to many women in medicine like several, disappointing steps backward. The case has brought renewed attention to the fact that sexual harassment and gender discrimination are alive and well in medicine and that many women today are fighting the same demons of gaslighting, suppression and institutional inaction as their predecessors. When individuals and intuitions commit themselves to fighting social injustice and inequity, we need to ask for more than the formation of a committee or a visually diverse panel. We need to remain focused on practical commitments to change because actions speak louder than tweets. 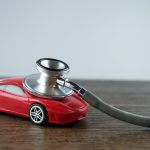 Cartoons that explain how the COVID vaccines work 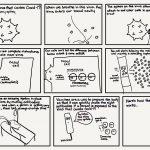