I consult on many patients because they are suffering from pain. In fact, their pain is so severe that they are considering spinal surgery. More than 100,000 Americans decide to undergo surgery, and millions more have invasive procedures for low back pain or sciatica every year. You almost certainly know someone who has struggled with such a decision based on their subjective perception of their own pain. Why do some people tolerate pain better than others?

There are many possible reasons; some reside within the hard wiring of the brain.

The physical structure of the brain may be responsible for differences in pain tolerance. In 2014, a team of medical researchers reported that people with high pain tolerance have more gray matter or a greater density of brain cells in certain areas of the brain when compared to people who are more sensitive to pain.

The scientists asked 116 volunteers to rate the intensity of pain they experienced when a patch of their skin was heated to 120-degrees Fahrenheit. This is a temperature that will not cause permanent damage, but most people find it painful. At the same time, functional MRIs were performed to determine which areas of the brain were active.

The neuroscientists found that the brains of volunteers who tolerated pain with fewer complaints had greater grey matter density in several areas of the brain:

The bottom part of the parietal lobe (an area involved in the perception of emotions and interpretation of sensory information).

This research, along with the work of many other scientists, helps elucidate the pathways of the brain by which we experience pain. Anatomical differences between individual’s brains may explain why certain people tolerate pain better than others.

But, are the differences in the brain the cause or the effect?

Some research suggests that pain, especially chronic pain, actually causes the grey matter in the areas described to waste away. Perhaps the different density of neurons is a result rather than a cause of differences in pain that an individual experiences.

The anatomical differences in the brain can be thought of as a “what comes first the chicken or egg?’ phenomenon. In other words, does one person tolerate pain better than another because she was born with different brain anatomy, or did the pain that she suffered irreversibly change her brain?

Accelerated by COVID-19, technology carves new pathways for everyone to access health care 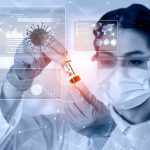 Health care workers get the applause, but our families are essential, too 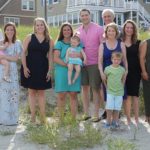