On February 18, Dr. Marty Makary published an opinion piece in the Wall Street Journal which struck an unusually optimistic note as to the stage of the American COVID-19 pandemic.  Dr. Makary predicts that based on the current trajectory, COVID-19 will be mostly gone by April, allowing Americans to return to a post-COVID-19 normal life. He notes that in the last few weeks, we have seen a dramatic drop in cases (77 percent drop in six weeks) which has been difficult to explain based on a single factor such as vaccinations or drastically improved adherence to social distancing and masking. 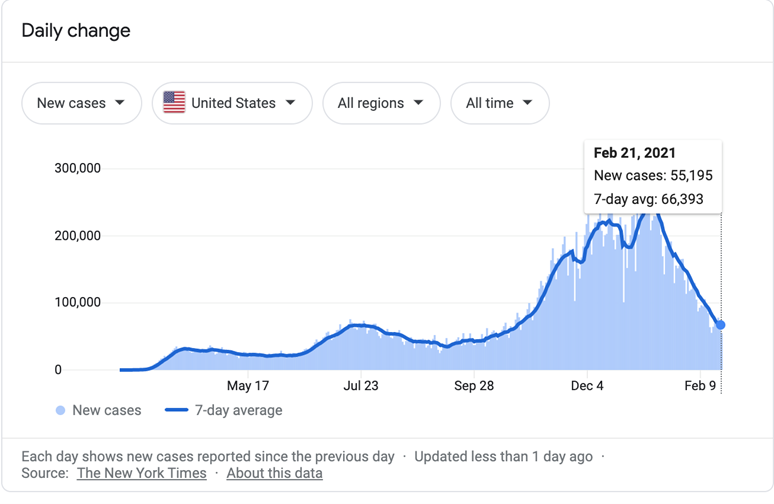 Dr. Makary asserts that we have underestimated the numbers of Americans who have natural immunity as a result of under testing and undercounting the number of people who have already had COVID-19. There have been 28 million confirmed COVID-19 cases, based on under testing and counting, this potentially represents from 10 to 25 percent of actual infections. Dr. Makary applied a time-weighted average to determine that there are 6.5 cases for every case confirmed by laboratory testing. This brings the likely number of individuals who have had COVID-19 to about 165 million patients, representing about 55 percent of the American population. If you add to this the 15 percent of Americans who have already been vaccinated, with an anticipated total of 150 million Americans being vaccinated by the end of March, one can only conclude that by the end of April, the U.S. will be experiencing herd immunity, with very low infection rates.

According to a recent Lancet article, the term herd immunity first appeared in the work of American livestock veterinarians concerned about “contagious abortion,” an epidemic of spontaneous miscarriage in cattle and sheep. By the 1910s, it had become the leading contagious threat to cattle in the U.S. Farmers destroyed or sold affected cows.  An astute veterinarian named George Potter was the first to suggest that this was the wrong approach and that the cattle that had already been ill provided a shield against the infection and that these animals should be kept rather than removed. He likened it to suppressing a fire by eliminating its available fuel. In 1919, bacteriologist W.W.C. Topley described experimental epidemics in mice that would resolve unless healthy mice were continuously added to the experiment population. He was the first to describe this phenomenon as herd immunity.  By 1924, herd immunity was used to describe the behavior of an epidemic of Diphtheria among students at the Royal Naval Medical School. Herd immunity thus became part of the vocabulary of human medicine.

During the COVID-19 pandemic, the term herd immunity has become a household term, engendering intense hope and anticipation. It remains to be seen whether the assumptions that have led to Dr. Makary’s optimism are correct, and time will tell how the pandemic will evolve and what role new COVID-19 variants will play. This uncertainty means that we cannot let down our guard, and for now, we should continue adhering to strict social distancing and masking. Nonetheless, Dr. Makary’s article was encouraging as it introduces the hope for a near-term end to this awful pandemic. 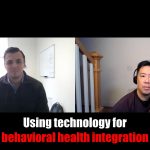 The pandemic plight of CHF: one center's response