In my first quarter of medical school, we learned the pulmonary exam.  We were told to watch the patient’s breathing, feel for any asymmetries, use our hands to gauge resonance and listen to all lung fields with our stethoscopes. It didn’t seem too difficult. Our instructor demonstrated the exam on one of my classmates, and we were set loose with a checklist to practice on one another.

I repeated the steps of the exam — observation, palpation, percussion, and auscultation — as I tapped up and down the back of the person in front of me. Each time I practiced on one of my medical school peers, I sped through the steps with the goal to make it to the end without missing anything. The most important thing seemed to be to complete every step on our clinical checklist; I often was too rushed to pause and listen for breath sounds.

It wasn’t until I spent two months learning osteopathic manual medicine (OMM) that I realized the value of my own sense of touch to diagnose and treat patients. As part of my fourth-year elective in integrative medicine, I was paired with a DO a couple of days a week who provided hands-on treatment to patients. Many of the patients had neck and low-back pain, but there were also patients with inflammatory bowel disease, anxiety, and cancer.

One of my first days in the clinic, we had a patient, I’ll call Kathy, with a genetic lung condition who had received a lung transplant. Likely as a result of taking immunosuppressant drugs for the transplant, she had developed metastatic melanoma. Dr. Chen instructed me to place my hands at Kathy’s feet. After checking for range of motion in the ankles, knees, and hips, I was instructed to place my hands on her feet. For the next twenty minutes, I sat with my hands draped gently around her ankles. I observed the dry, pale quality of the skin in her lower legs and feet and the partially healed wound on her left shin.

Initially, the pulses in her feet were dim, and her lower legs felt so light they could be hollow. I noticed how my own breathing slowed as I allowed myself to perceive subtle changes in Kathy’s tissue. After some time, I felt the blood flow return to Kathy’s feet. The edema that had stretched her delicate skin also began to recede as though there had been a dam in her body that was broken, allowing interstitial fluid, lymph, and blood to flow evenly. As the treatment progressed, I noticed Kathy’s breathing change so that it encompassed not just her lungs and chest but her whole body.

Outside of the clinic, I followed Dr. Chen to the hospital where we saw patients who had just undergone surgery or were suffering from pain associated with cancer. Our university hospital specializes in surgeries for acoustic neuromas, a rare kind of benign tumor that grows on the cranial nerves which facilitate balance and hearing. Most days in the hospital, we saw patients in the neurocritical care unit who had just undergone surgery to remove this kind of tumor, often from their inner ear or base of their skull.

One patient, a middle-aged man who had flown in from Reno to have surgery to remove an acoustic neuroma, was experiencing especially acute pain when we came to his room. He explained that he had a headache and double vision. When we looked at his neck, his vertebrae clung together without much room for motion, likely the result of a series of car accidents he had experienced in his twenties. On top of that, the swelling from his recent surgery seemed to pool at the top of his clavicle with nowhere to go.

Dr. Chen placed her hands on his head and instructed me to palpate the intersection between his first rib and the first thoracic vertebrae. Without excessive pressure, I steadied my fingers and followed the first rib towards the spine. With one hand, I gently drew the spine towards me, and with the other, I lifted and extended the rib. As I made these subtle and targeted movements, I felt the structures shift and the flow of lymph and blood return to his neck. It was as though opening the constriction between his first rib and spine broke the floodgates and once again allowed fluid to flow normally. After twenty minutes of similar movements, there was a visible decrease in the edema at the patient’s neck and collar bone; he also had considerably less pain, and his double vision was gone. Few drugs could so rapidly relieve so many differing symptoms; osteopathic manual medicine offers an approach that can treat the sources of pain and discomfort through skillful touch.

Before my OMM rotation, I had little appreciation for the role of the physician’s hands in diagnosing and treating patients. In my allopathic medical training, I had learned that the physical exam was a convention that may soon be supplemented by increasingly accessible bedside imagining techniques. While I memorized the steps of the major exams, I did not learn how to take in variations in texture, temperature, or density from the tissues that I palpated. It was not until I spent time working with a DO highly trained in osteopathic manual medicine that I began to learn to listen with my hands.

Simone Phillips is a medical student.

What are your health goals for the coming year? [PODCAST] 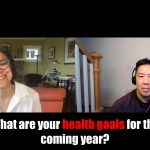 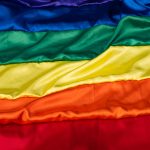 A medical student learns to listen with her hands
1 comments