Last month, while the world was distracted by political turmoil and the pandemic’s roaring second wave, a very significant proclamation came and went with little fanfare. The United Nations General Assembly launched 2020-2030 as the Decade of Healthy Ageing, calling for a decade of concerted global action to extend the health and well-being horizons of the world’s one billion people over the age of 60.

In contrast to a common misperception, aging alone isn’t what sidelines older people — frailty is. While aging is inevitable, frailty is not.

Frailty is defined as a medical condition of reduced function and health; it becomes more common as we age.    Frailty increases vulnerability to disease, resulting in the need for intensive and costly health care interventions. Today, 1.6 million Canadians live with some form of frailty. In 10 years, it will be 2.5 million.

Living within the guardrails of a pandemic has aged everyone. And we are getting a glimpse into how the seeds of frailty are sown – through loneliness and isolation, loss of structure and routine, mental and emotional stress, physical exhaustion, loss of freedom and a sense of control, disruptions in eating and sleeping habits, weight gain, muscle loss and deferring routine medical appointments to avoid the virus.

Our response to the global pandemic now, and in the coming years, should include robust policies for healthy aging which in large part are composed of strategies to address these contributors to frailty.

Most COVID-related deaths in Canada to date have occurred in people over the age of 70. It’s a glaring statistic – one that, left unfiltered, might prejudice people’s understanding about this age group and its capacity.

Persistent news coverage about older people’s vulnerability in the early days of the pandemic inadvertently fueled ageist attitudes. In its most extreme form, some people wrongly concluded that the economy should not have to shut down just to prevent the virus from killing the eldest members of society. After all, this demographic contributes the least, right?

From both a moral and economic standpoint, this is a deeply flawed viewpoint.

More and more, out of choice or necessity, healthy older Canadians are remaining engaged in paid labor beyond conventional retirement age. In 2010, 14 percent of people 55 and over were active in the labor force. By 2031, this number is expected to rise to almost double.

More recently, we also saw experienced health care workers risking their lives by coming out of retirement to work on the front lines of the pandemic.

The unpaid labor of this age-group often goes unrecognized. A life of accumulated skills and knowledge is poured freely into raising funds for community projects and organizations, coordinating events, caring for children in the absence of childcare options, coaching sports, and passing knowledge and skills on to young people. Or even worse, we sideline these skills by not putting in place ways that we can better harness this experience.

Statistics Canada reported that, in 2013-14, 36 percent of seniors performed volunteer work. Those aged 65 and up volunteered 223 hours a year, well above the national average of 156 hours. In 2012, baby boomers and senior adults clocked one billion volunteer hours.

This informal support is a gift to communities and is especially true in rural Canada where the loss of community-minded elders often leaves an unrepairable social gap.

In strictly fiscal terms, Canadians aged 65 and older also have money to spend. Many continue to benefit from earnings-based retirement plans and other progressive senior-focussed social and financial policies launched in the late twentieth century.

Older Canadians are an economic pillar, one that will crumble in the absence of supports for healthy aging that enable people to remain active and engaged in their communities.

The past year has been a valuable lesson on the importance of nurturing our functional ability, especially in older people. Let’s turn insight into action. It would be in everyone’s best interest to focus now on ways to prevent frailty by investing in policies that ensure healthy aging for all Canadians. 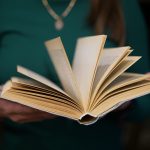 Enthusiasm over evidence? What the Israeli vaccination data actually show.