I was somewhere over the Atlantic Ocean, heading to Ukraine “to make a difference,” or so I hoped. I was leading a medical mission to this beautiful yet poor and war-torn country. I was watching the movie First Man about the landing of Apollo 11 on the moon that epic day in July 1969. I was not quite 14 years of age at that time, but I vividly remember the live, grainy TV footage of that first step by Neil Armstrong. Millions across the world watched, breath held, as he did so. This was the culmination of over a decade of meticulous preparation and selfless dedication to a goal, a dream, far bigger than anything ever done before. It began with the first Mercury space launch, then the Gemini series, and finally the Apollo missions to realize what President Kennedy had promised in 1962 – before the decade was over, to put a man on the moon and bring him safely back. Throughout my elementary school years in the ’60s, teachers would stop classwork and turn on the generic black and white TV so we could watch the live launches of every “next step” toward that seemingly impossible goal.

I was inspired – inspired by the sacrifice, courage, and perseverance of Neil Armstrong, by every individual who had risked their life, by those who had lost theirs, and by the families who endured, so that “one small step by man” would become a “giant leap for mankind.” I tried to hide the tears in the darkness of the plane. Memories from that time suddenly surfaced – a time when my future was before me – unknown and waiting to be discovered, explored, and experience.

Leading medical missions, I have learned that every one of us makes a difference, and it can be significant. We do it “one life at a time.” Every surgery, medical intervention, restored health, loving touch, kind words, listening ear, and “stained glass heart” makes a difference in someone’s life. This is what you do every day, yet it is so easy to lose sight of that in the world that is medicine today. You may never know the full impact on the lives of those you touched, but there will be an impact and a ripple effect. Thank you for being a difference-maker! Thank you for the years of sacrifice you made so you can make a difference in the lives you touch. You are living a life that counts, and I, for one, am grateful for you.

The trap of Black excellence in medical education 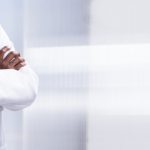 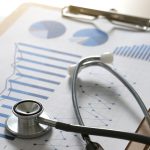