“Checkmate,” she whispered. A silent wave swept across the tournament area. Players turned their heads in our direction, eager to see who had lost 30 seconds into the round. It was me—I had fallen victim to the infamous four-move checkmate.

My opponent, a five-year-old girl who could barely reach the other side of the chessboard, extended her hand to shake. My seven-year-old self was mortified. In the chess world, nothing is more humiliating than being beaten in four moves. Yet here I was, walking out of the tournament round, pretending I didn’t hear the snickers from the other children. The worst part was that I thought I knew exactly what my opponent was doing before that fatal checkmate. I was confident that I recognized her strategy. Like many players, the four-move checkmate was one of the first chess traps I learned.

After reviewing the game with my coach, I discovered my opponent used a less well-known version of the four-move checkmate. Because I was so certain I recognized her using the more popular strategy, I failed to see the whole picture. This early exposure to cognitive biases taught me the importance of slowing down to question my own thinking, especially in circumstances where you believe you are knowledgeable. Indeed, research has shown that learning chess is linked to improved metacognition—an awareness of our own cognitive processes and products.

Now, thirteen years later, as I matriculate to medical school, I’ve realized chess has taught me other important lessons related to medicine. Chess was my first experience with empathy that I can remember. Social psychologists broadly divide empathy into two categories: cognitive and affective. While cognitive empathy relates to understanding the rational decision-making of others, affective empathy is the ability to understand another person’s emotions and respond accordingly. Chess helps people develop both types of empathy.

With regard to cognitive empathy, research suggests childhood chess experience improves perspective-taking abilities. In a chess game, players must simultaneously think about their own perspective and their opponent’s perspective. This mental exercise allows chess players to evaluate their opponent’s position and infer their strategy. Neuroimaging demonstrates that playing chess uses mental operations involved in understanding another person’s mental state. By placing themselves in other people’s shoes, chess players cultivate a skill set that is fundamental to practicing cognitive empathy.

In terms of developing affective empathy, chess teaches players about losing gracefully and navigating interpersonal relationships. As a game where etiquette is highly valued, chess offers valuable lessons on sportsmanship, leading players to develop a heightened understanding of proper social interaction. Speaking from personal experience, there’s an initial shame and disappointment that comes with losing. However, losing is a fundamental part of the learning process. Chess requires players to methodically analyze their past games and relive losses in order to improve. Using a unique identifier for each of the 64 squares on the chessboard, chess notation allows players to meticulously review their past games in order to understand exactly where they went wrong. This type of reflection builds analytical intelligence and supports mental processes that are used in empathy.

As diagnosticians, doctors actively build their analytical intelligence through experience. Both doctors and chess players must confront a degree of uncertainty. Just like doctors encounter a variety of clinical presentations for one disease, chess players face many variations of a specific chess opening. Playing chess helps form the foundation of the iterative learning process for critical thinking. Moreover, the acquired perspective-taking in chess relates to a physician trying to understand a patient’s point of view when discussing treatment options and care planning. Physicians must be cognizant of the rational and emotional components at play in their own decision-making and that of their patients. At the same time, physicians must question their own assumptions and beware of cognitive biases that produce a distressingly high rate of misdiagnosis. In the spirit of self-awareness and improving patient care, let’s use chess to learn more about how we think and how to practice empathy. 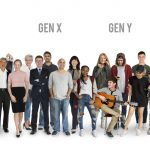 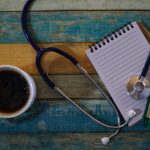 How chess can make you a better physician
5 comments