Medicine is an art. One can learn about symptoms, diagnostics, and treatment plans for various diseases, from textbooks and journal articles. It is harder to study empathy, compassion, and human connection from conventional academic resources. The art of medicine is discovered, acquired, and absorbed on the job by interacting and connecting with patients and their families, by partnering with them in their journey through sickness to health or even the great beyond.

I discovered an important medical ethics lesson in my first year as an attending. I am a foreign medical graduate. This means that I went to medical school in a foreign country but completed my post-graduate residency and fellowship training in the U.S.

My home country’s cultural norms were out of sync with American philosophy and values. Paternalism in medicine was the established norm in my home country, expected and accepted by patients and families alike. The family bore the burden of bad news and kept the patient in the dark, with platitudes and pretenses that all will be well: “It is God’s will.” The C-word (cancer) was never articulated in front of the patient. Physicians were complicit with the deception. When it came time to break bad news, the patient was required to exit the room. Male family members, husband, brother, son, uncle, male family friend, were the first recipients of personal health information. It was their discretion, judgment, responsibility to break this bad news to the patient or choose to withhold the information entirely. Decisions regarding treatment plans are made by the family, with the patient usually blissfully unaware and uninformed.

When I was studying for the USMLE (a medical equivalence entrance exam to qualify for U.S. post-graduate training), I devoured the medical ethics chapter. It was a short chapter, but I wanted to ensure that I was well educated on the ethical standards for practicing medicine in the U.S. I learned about patient autonomy, beneficence, non-maleficence, and justice.

Autonomy: The patient has the right to refuse or choose their treatment.

Beneficence: A practitioner should act in the best interest of the patient.

Non-maleficence: A practitioner should do no harm.

I realized that cultural practices and medical ethics are interconnected. In my home culture, there was more emphasis on family values and patient autonomy was downplayed. The primary principle upheld and practiced in the U.S., on the other hand, was patient autonomy. There was an equal emphasis placed on patient confidentiality and informed consent.

I learned a memorable lesson in my first year as an attending regarding ethical and cultural values and the art of medicine. I had consulted on a hospitalized middle-aged man with a lung mass. I delivered bad news to him regarding his lung biopsy confirming the diagnosis of cancer. He had been alone in his room when I had made my rounds. I had prefaced my conversation by inquiring if he would prefer to have his family be part of this conversation. He had declined. I did not press the issue since he was competent to make his own decisions. I had broken the news in a matter-of-fact way, outlined the next steps in treatment, and touched on prognosis.

I received a phone call from his daughter later that day. She was outraged, livid, infuriated; she did not hold back. She passionately declared that I should have broken the bad news with family support present. That I was “heartless, unfeeling, and unkind.” I explained that I had given her father the option and choice, but he had declined, and I had respected his wishes. I further stated that he was able to make his own medical decisions, that it was my responsibility as a physician to protect his wishes above all others. She was not willing to accept my explanation.

This conversation left me profoundly unsettled. I contemplated, reflected, and considered her words, tone of voice, and sentiment for days. I did not believe I had done wrong by my patient – and was he not my ultimate priority? I had adhered to the standard ethical principle of patient autonomy. I had offered the patient, who was competent to make his own decisions, the option to have family present while I broke the bad news. I even suggested that I call the family afterwards and explain the diagnosis to them. He had declined on all fronts.

After a lot of self-reflection, I discussed this incident with colleagues that had practiced in the area for years. I realized that although I had respected patient autonomy, I had not considered the cultural values of the rural community that I lived in. This was a small community with strong family ties. Though patient autonomy was important, family values had equal substance.

I still struggle with breaking bad news ten years later. I endeavor to be more empathetic. I strive for cultural sensitivity in my medical practice. I am more persistent in asking that patients have family/support when breaking bad news. Patients generally don’t expect bad news. They may not comprehend the value of having a support person when accosted with bad news. They may not want to burden loved ones with bad news. They may need time to process the information before sharing it with others. I have rarely had a patient decline having a support person if I phrase it just right. This is the art of medicine, and I continue the lifelong quest to perfect it.

Pressure to breastfeed: from inside or out? 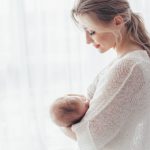 Doctors are killing themselves, and who is taking notice? [PODCAST] 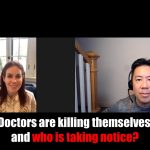