Chronic long-term alcoholism causes many health problems, not the least of which is cirrhosis of the liver. In advanced cases of cirrhosis, the liver becomes full of scar tissue and its many functions are then impaired, causing blood circulation through it to be impeded, leading to esophageal varicies—varicose veins in the esophagus. These veins are very fragile and can rupture easily and spontaneously. When this happens, it’s an emergency situation, since massive bleeding usually occurs out of the person’s mouth and, if left unchecked, the patient will bleed to death. One treatment for esophageal variceal rupture in the ’70s was to insert a  large multi-lumen balloon catheter called the Sengstaken-Blakemore tube into the patient’s esophagus. When inflated, the balloon puts pressure against the ruptured area(s) to stop the bleeding.

Our little hospital had its own blood bank which kept a selection of all the blood types on hand. Some blood types are more uncommon than others, and the blood bank usually just had one unit of those available because they outdated frequently and would call in donors if they needed more. It happened that our town drunk had one of those uncommon blood types, which was the same as mine (A negative) and a few other folks in town. He was a pleasant fellow, but every year it seemed, in the dead of our northern Minnesota winters, he’d show up in the emergency room bleeding profusely from his esophageal varicies. Also, every year, we’d have to call all the donors in with his blood type to donate for him. It wasn’t uncommon to have to give him four or five units of whole blood by the time his bleeding was under control.

He was always a mess in the emergency room, covered with blood coming out of both ends. We had to work fast getting him to the OR so we could get a Blakemore tube in him and get it stopped. As you might expect, maintaining his airway under these circumstances was crucial. Each time, I had my circulating nurse suck the blood out of his mouth so I could see, to get a breathing tube in his trachea to seal off his airway. He was usually in shock, and so weak and barely conscious that he couldn’t put up much resistance.

Once the Blakemore tube was in place and inflated and the bleeding controlled, we could empty his stomach. I kept a large-bore IV running to give him fluid to hold his blood pressure up, and when the blood was ready, we would transfuse him until he was stable. It’s absolutely amazing what the effect a few units of freshly-drawn, warm whole blood has on a  person in his condition. Within the hour, he was pretty much wide awake, responding to commands, and aware of his circumstance. After a while, we could very carefully remove the  Blakemore tube, and almost always, the bleeding had stopped by then. He would spend the night in ICU and a few days on the ward afterward.

There is always a chance that a chronic alcoholic might go into DTs from alcohol withdrawal, which has a significant mortality rate. To keep that from happening back in those days, the doctor would order a 5 percent solution of alcohol to be run in his IV, which kept him pretty happy.

This sequence of events went on for five years. Whether I was on call or not, I was always called in to donate a unit of blood for him, and it always seemed to be on a cold winter night. One year, when they called me to donate, I was so sick with the flu that I couldn’t make it. He died during that episode. I doubt that not getting a unit of my blood was the reason. I  think his body just couldn’t take any more insult. 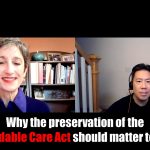 How this physician escaped the system