An excerpt from Cured: A Doctor’s Journey from Panic to Peace.

Dead bodies surrounded me. They lay on their backs, supine in medical terminology. I imagined some staring at the white plastic sheets that covered them completely, others glaring at their closed eyelids. Their smell, a mixture of formaldehyde and death, made me gag. Corpses horrified me. They represented the end of life, separation from loved ones, the possibility of a soul’s eternal damnation. Now as a first-year medical student in Gross Anatomy class, I would examine and touch a cadaver daily to learn the mysteries of the human body. I was thirty-two years old, but terrified that these corpses would drag me into their netherworld.

I was no stranger to the deceased. I’d met many of my relatives at their wakes and funerals, which were more family parties than bereavement rites. But never had I touched a dead person. Now I’d have to touch and see and explore one’s depths.

My life before medical school was full, yet I felt empty. I’d hoped that medicine would make me a powerful woman, would help me feel OK about myself. I hoped to join the exalted club of physicians, healers, and holders of the secrets to long and healthy lives. But, raised as a Boston Irish-American Catholic by a single mother, with no father in my life, I felt better prepared to be a maid than a doctor, more suited to be a nun than wife and mother.

Becoming a physician was out of the question for Catholic girls growing up in the 1950s and 1960s. We were groomed to be mothers or nuns. If we couldn’t manage either of these, we could be teachers, librarians, secretaries, or nurses. When I once told my mother that I’d like to become a doctor, she immediately replied, “Just marry a doctor.” As if there was a line of doctors outside my door, each hoping I’d choose him as my groom.

That September morning of 1985, I gently extricated myself from my girls’ embraces and sped in my beige Volvo station wagon down the Taconic Parkway to the campus that New York Medical College shared with the county prison. I raced through halls to find my assigned anatomy lab section. I opened the door and entered hell.

The anatomy professor raised one eyebrow at me as I slinked in, seemingly the last to arrive. On my way in, I had managed to get only one arm into my lab coat. I skirted the bodies, terrified of touching them. I wondered why the seats were one short—as if the professors were playing musical chairs and the one left standing would be “out.” I was the odd one out at this school, where two-thirds of the students were male, most had medical genes passed down from their doctor-fathers and nurse-mothers, the average age was twenty-two, and all spoke the mile-a-minute New York vernacular.

“It goes without saying that you will treat your bodies with respect,” the professor was saying. I figured she wasn’t talking about our own bodies like the nuns lectured us in high school. No, she meant these dead people. She had a slight European accent, not Austrian or Hungarian like my in-laws. I read the name on her lapel—van Dorn—and thought she must be Dutch. Her skin and hair were as white as her lab coat. I couldn’t estimate her height, since she sat, but imagined her as Viking-sized, ruler of the anatomy lab, holder of my future status as doctor or failure.

“You must remember that the corpses in the anatomy lab were once human beings. They have given a precious gift to you, young doctors, in letting you learn from their bodies. You must appreciate that always. You will not give your bodies names; you will not joke about them or make fun of them. And you will only perform the prescribed dissections, no others. Do you understand?”

Bug-eyed, we all nodded.

“We will begin with learning every muscle of the body,” she said, “from the smallest to the largest. Can anyone tell me what is the smallest muscle in the body?”

Less than a split second elapsed before a male student spit out an answer: “The arrector pili.”

“Yes, excellent,” replied our Viking. “Where is this located?”

“In the hair follicle,” the same student replied, not bothering to hide his smugness.

So, this was how it was going to be, I thought. While our professor talked on about the class structure, dissection, and written and practical exams, all I could think about was how I didn’t even know there were muscles inside my hair follicles, much less their obscure name. I was a failure already.

As I leaned against the pristine wall, my vision suddenly dimmed. Everything turned gray. I gulped for air. My arms and legs went numb. I felt that drowning sensation I’d had in third grade when a nun pushed my head between my legs to keep me from fainting in church on a brutally hot June day. Or like the time when I was eight months pregnant, took a hot shower at the university gym, and almost belly-flopped onto the concrete floor. I prayed that I wouldn’t pass out on my first day of medical school classes. I didn’t want those MDs-to-be, all smarter and younger than I, to know I couldn’t handle this, that I didn’t belong.

I pressed harder against the white wall, willing myself to remain upright with the living rather than supine with the corpses. Little did I know that the enormity of medical school would soon wash over me, causing these drowning-like symptoms to occur over and over again. I didn’t realize then that I was suffering from a panic attack brought on by the stress of medical school. I didn’t foresee the daily agonizing anxiety I’d face as I tried to do too much with too little time and too few resources.

Anne McTiernan is an internal medicine physician and epidemiologist. She is the author of Cured: A Doctor’s Journey from Panic to Peace. 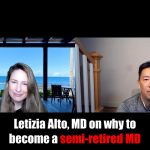 What happens to your child's brain when you nag 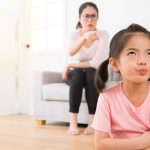