Multifaceted diversity continues to be a challenge to achieve in medicine, which is concerning given the irreplaceable value that a diverse community of clinicians provides to research, patient care, and medical education. Current initiatives to expand diversity are centered around academic mentorship models, in which striving to teach more students the life sciences and frontiers of biomedicine as early as elementary or middle school can provide critical exposure and pique their interest in medicine. STEM school programs that serve low-income communities with underrepresented minorities have shown to be especially impactful.

Unfortunately, these initiatives, which occur within the school system, cannot mitigate the strong influences that students interested in medicine may be exposed to outside of the school system. An understudied source of information that students may consume is fictional television about medicine. The representation and messaging in this media can affect students’ perceptions of medicine, interest in medicine, and medical information usage from what they watched.

The diversity we strive for in medicine is not nearly reflected in medical media and film. In Hollywood, directors have rarely casted individuals from minority groups as physicians. From the 1950s to 2000s, only six films showed Black physicians. Shows like Grey’s Anatomy marginally improved Black representation over the last two decades. In the second half of the 1900s, when many international medical graduates from Asia came to America to practice medicine, Hollywood scarcely casted Asian Americans in shows like ER and Scrubs. There is also limited coverage of women in lead roles as physicians and limited coverage of disability in practicing physicians — Scrubs’s Dr. Weaver being one of a few. Media is utterly incomplete in its coverage of how different physicians’ identities and experiences can be.

All students with aspirations for a career in medicine can be influenced by the representation of physicians they see on television. The scarcity of minority physician role models on the screen can selectively alienate students from those minority groups who may not have personal connections to physician role models either. The incomplete screen portrayals can also exacerbate imposter syndrome and corroborate these students’ fears that they do not have what it takes to enter medicine.

The presence of role models, both personally and in media, is important. The level of identity compatibility between an individual and their role model can affect the individual’s interest in certain professions and the attainment of goals. If there is not greater diversity in the casting of medical providers in audiovisual media, minority student consumers of this content will not experience the full benefits that the role model characters in this content can provide. They will experience another disadvantage in addition to the systemic racism and socioeconomic barriers that may preclude their ability to get to medical school.

Academic institutions should continue to create opportunities to educate students from minority groups so that their medical interests can be encouraged. But until our commitment to real-life diversity in medicine is mirrored on the big screen, there will be a continual erosion of medical aspirations in students who cannot envision someone like themselves don a white coat someday alongside the characters they watch on Grey’s Anatomy.

Trisha Kaundinya is a medical student.

What are your health goals for the coming year? 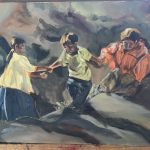 The historical medical significance of carrots 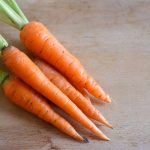