Over two-thirds of adults in the United States are overweight or obese, and approximately 88 million American adults have pre-diabetes. More than 84 percent of those with pre-diabetes are not even aware that they have it.

Both obesity and type 2 diabetes are associated with an increased risk of cancer development. The risk of type 2 diabetes is related to elevated insulin levels and other growth factors. A recent article in the journal Cell sheds light on a link in obesity.

Researchers from the Harvard Medical School fed mice a high-fat diet in the study, and the mice gained weight. They then injected the mice with cancer cells that developed into tumors. They found that in the mice fed a high-fat diet, there was a decrease in the number and activity of (CD8+) T-lymphocytes that help fight cancer.

The researchers found that mice fed the high-fat diet, and gaining weight also increased fatty acid molecules in their blood. These free fatty acids were used by the cancer cells for fuel and allowed them to thrive.

The cancer cells appeared to gobble up these molecules, so they were not available for use by the CD8+ immune cells. These cells, starved of the fatty acid molecules, showed decreased numbers within the tumors and an associated decrease in their cancer-fighting activity.

Thus cancer cells are not only able to hijack much-needed resources within the body for their own growth and development but utilize these very resources to cripple the body’s defense mechanisms to fight against it.

It makes me think of a recent coaching session with a client who told me how he hated to exercise. I asked him to think of the cells in his body as employees in his company. On his website, he celebrates the high level of excellence he demands within his company, which is reflected in the type of employee he hires.

I said it is highly unlikely he would hire someone who was chronically over-tired, disheveled in appearance, starved of proper nutrition, and physically depleted. Why then would he create such an environment for his own cellular employees?

Instead of focusing so heavily on his dislike of exercise, I encouraged him that he could instead focus on becoming an accurate reflection of excellence within his own body that is portrayed by his company.

Consuming foods that support his body and keep his cells healthy, strong, and adequately fueled with nutrients and exercise allows him to maintain peak performance and adequately replenish his energy stores.

I think that we can all learn from this example. Healthy eating, exercise, and even positive thinking do not feel heavy, burdensome, or tedious. If you focus on preparing and maintaining your body for peak performance at work, home, and play, this may help overcome any feelings of resistance that may arise when feeling pressured to lose weight.

If we begin to think of the cells of our body as eager employees who want nothing more than to present us in the best light, then perhaps we will be inspired to work hard and keep them performing at peak levels.

Zelda Okia is a pathologist and weight loss coach. 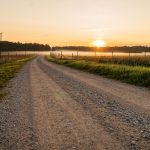