I recently read an opinion by a physician regarding the decision as to which COVID patient would receive care and which would not when hospitals became too full to care for every patient. He suggested that no one need be denied care if some structural changes were made in health care delivery. Given the expected post-Christmas/New Year tsunami of new cases; and limited supplies, equipment, and staff, it is doubtful his suggestions would be sufficient and hard decisions on the receipt of care will have to be made.

Can such decisions be justified? At least one religious and one secular theory of medical ethics allow for this decision making. A Jewish medical ethics specialist discussed this scenario of differential care with COVID. He stated that while a ventilator, for example, could not be removed from one patient to benefit another patient who may have a better chance of survival, a doctor may choose which patient receives a ventilator if both patients need this technology at the same time. Thus, a value may be placed on life.

Implicit is the belief that any means used to deny care are based on some rational foundation, i.e., current scientific knowledge, and that the guidelines changed as the science changed. In this sense, age would not be used for care denial. Rather, the presence of co-morbid conditions, their severity, and number can form a rational basis for a decision.  Though there is an indirect relationship between age and co-morbidities, it would be more likely, but not absolute, that care denial would exist solely for elderly patients. If the criteria used are not capricious but standardized, this would not be age discrimination.

Too, from a Jewish perspective, it is inappropriate to “postpone death.” In an individual with one or more noteworthy co-morbidities and COVID, given current knowledge regarding his/her likelihood to die regardless of life-saving measures, placing this individual on a ventilator may be a violation of this dictum. Even though medical knowledge is not an absolute guarantee of death, it remains the best information available and again, could be used to choose one life over another.

Utilitarian ethics, in this instance, represent the maximization of individual wellbeing within community wellbeing. They can be used to place different values on humans (i.e., based on comorbidities), given finite medical services, and the likelihood that with a poorer prognosis, people’s wellbeing would not be increased. This would not infer that one person was worth less than another, but which patient would best benefit from limited assets.  Although often compared to Nazi practices by people repelled by these theories’ purported inhumanity, they are dissimilar as they are based on rational foundations and not on personal beliefs. If one examines utilitarian ethics dispassionately, they can complement portions of Jewish medical ethics, as discussed in the presented situation.

One could question whether the proximate cause of patient death in these circumstances was a “no care” decision by a physician or whether this decision was an outcome, and the true cause of death was an earlier decision by another individual. That is, was the proximate cause the decision of a family member to visit granddad over the holidays or to enter public spaces on the misguided belief that not wearing a mask was an “individual right”? These venal individuals forget that there is a concomitant responsibility for every right and that rights can be temporarily curtailed, ethically, and legally, in a national emergency. In these instances, I believe that blaming a relative for granddad’s death can be an ethically appropriate response. 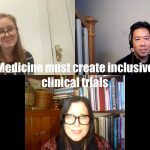 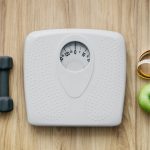 The ethics of rationing care during COVID
2 comments