I am at a loss.  While trying to explain the events to my children since January 6, I feel profound sadness and fear.  Our country is built on freedom, yet the latest in a parade of crisis’ is being used by those in power to remove our freedoms at an alarming pace and divide our country further.

Less than one percent of the people who went to Washington, DC for a peaceful protest made the bad choice to enter the United States Capitol.  The Capitol Police seemed woefully unprepared, but where able, they appropriately fought back.  They gassed and even shot an unarmed woman to death.  And now these foolish intruders are being prosecuted.  As they should.  Breaking the law and destroying property has consequences.  At least it should.

Every group has its radicals and the behavior of those few should not judge the group.  But it can be judged by the leaders’ reaction to the inappropriate actions of the few.  Shortly after the Capitol incursion, all major Republican leaders, including the standing president, condemned these foolish people’s actions.  On January 6, President-elect Biden also spoke up and appropriately said that this display was un-American and disgraceful.

The very next day, however, Biden states “no one can say that if these were Black Lives Matter protestors the Capitol Police would have treated them very very differently.” In the name of unity, he sows the seeds of division.  There should be universal condemnation of violence and lawlessness.  If national and local leaders delivered more condemnation and consequences I believe the summer of 2020 would have had fewer cities burning in the name of equality.

For Biden to say the January 6 capitol riot was evidence of white privilege or racism demonstrated by the capitol police is absurd.  Like George Floyd, the white woman shot in the Capitol made a bad choice but didn’t deserve to die. She will be memorialized for her convictions.  75 million people in the USA voted for Trump.  Getting rid of him will not eliminate the anger that these 75 million will feel if their voices and votes are not counted.  These people came to the capitol for their voices to be heard.  Right or wrong, millions of Americans feel their right to speak up and have their vote matter was not heeded.  MLK himself said, “Riots are the language of the unheard.”

Trump is hardly blameless given his penchant for divisive rhetoric.  Like many Trump voters, I “held my nose” and voted for policies I believe in: less bureaucracy, a stronger military, secure borders, patriotism, and free markets with competition in health care.  If our new leaders rewrite recent history, vilify half of America and use social media platforms to censor them, you think the 75 million Trump voters will feel heard?  No. Quite the opposite. Censorship will lead to greater discord.  Free speech is the foundation of America.  It is the First Amendment.  The answer to hate speech or false speech is not censorship. It is not less speech; it is more speech. 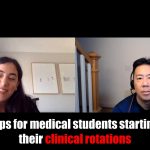 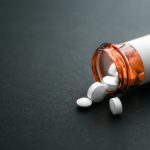