Most of us have iconic people in our personal and professional lives – those who are worthy of veneration and inspire and compel us to have higher expectations for ourselves.  And we also have role models – those we aspire to be like and provide us with an approach to navigating through life.  In many cases, our icons may also serve as role models.  We can learn important life lessons from these individuals who may exert a powerful influence on the way we live and work.

Those we view as icons and role models evolve over the course of our lives, from the superheroes and sports stars of childhood to the prominent historical figures we learn about in school.  And most physicians ultimately identify with certain individuals within medicine and their particular discipline who take on the status of icon and role model.

With maturity and life experience, our perspective of those we admire and seek to emulate also changes, as does the level of influence they have in our lives.  History is replete with examples of individuals we have held in great esteem, yet we ultimately discover significant “disconnects” between their achievements and their actual personal characteristics, beliefs, and actions.  Examples include people such as Thomas Jefferson, John F. Kennedy, and Martin Luther King, Jr., all of whom did a tremendous amount of good for our country and society and are held up by many as true icons and ideal role models, yet have been found to have significant character and behavioral flaws that temper our historical view of them and call into question the approbation we have ascribed to them.  And our medical icons are no exception.

As an internist, two recent examples come to mind.  Within the past several months, it was disclosed that Johns Hopkins, the founder of the namesake educational institution and hospital where I trained, may not have been the staunch abolitionist that his origin story relates.  Instead of his father freeing the family’s slaves in the early 19th century when he was a child, recently discovered documents indicate the possibility of slaves being held in the Hopkins household as late as 1850, suggesting a more complicated entanglement with slavery that is particularly difficult given that his bequest to start the institution that bears his name at the time of his death in 1873 was to serve the city’s poor “without regard to sex, age or color.” As a result of these new findings, the university, medical school, and medical system’s leadership are further studying the Hopkins family’s connections with slavery and what it means for these institutions, particularly given the recent focus on civil rights and racial equity.

Similarly, a re-examination of the life and work of William Osler, perhaps the central figure in the history of internal medicine, has also occurred around the centenary of his death in 2019.  A reappraisal of Osler’s writings and statements have raised questions about his views of racialized people, and pointed out the exclusion of his potentially biased perspective of different racial groups from most historical accounts about him.  Similarly, Osler’s view of women in medicine has been found to be both complex and evolving, ranging from clearly opposing women entering medicine early in his career to actively supporting their entry into medical school toward the end of his life.

These more realistic representations of those who have been our icons and role models run counter to the more unidimensional and idealistic way they have typically been portrayed by history.  And as with many other historical figures, they also reveal to us that they were more complex individuals than we ever envisioned them who, despite their often remarkable accomplishments, were nonetheless subject to the same negative tendencies we all possess as humans and to the influences of the time and society in which they lived.

But recognizing and reconciling with these imperfections in our icons and role models, particularly those involving negative perspectives based on race or gender, is critically important.  Failing to do so may both contribute to and perpetuate existing intrinsic and usually unconscious biases in our society, profession, and personal lives.  Plus, we may also fail to appreciate the historical impact on those whose accomplishments were of incredible significance but were consequently overlooked by history because of these biases.  An example that comes to mind is the lack of recognition of the essential role of Rosalind Franklin in the work of Watson and Crick in developing our understanding of the helical structure of DNA due primarily to her gender.

What should our response be to these flawed individuals we have held out as our icons and role models?

We may be tempted to simply reject them outright due to their imperfections that were either unknown or not conveyed by history, and in some instances, this may be the right thing to do.  However, in light of this new information, at the very least, we are compelled to have conversations about the appropriate place these individuals should occupy in history and as influencers in our personal and professional lives going forward.  We also need to further examine whether the recognition they have received over time, through such things as named honorifics, sends the desired message to those in the public and our profession – something that is particularly important since what we choose to honor is a reflection of what we value as a society and individuals.  And, we are obligated to further examine the impact that the historical role that these individuals may have had on those who perhaps truly deserve recognition as icons and role models themselves but were either overlooked or actively excluded.

But perhaps one of the most important things we can do is to heed the personal lessons that can be gleaned from the imperfections of those whom we have held in great esteem.  By understanding their human flaws, we can hopefully better recognize the different elements of our own character and the personal biases we undoubtedly hold, either cognizant or implicit, that we could potentially convey to others.

This is important because, whether we realize it or not, each of us is almost certainly both an icon and role model to others, and our beliefs, attitudes, and actions, in addition to our accomplishments, can make a profound difference in the lives of those who see us this way.  And truly knowing ourselves and our flaws can only help us become more authentic and effective, yet imperfect, icons, and role models. 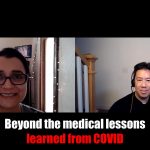