On March 2nd, 2020, as New York State announced its first proven case of COVID-19, a federal court there handed down a stunning decision. For 10 years, according to the court, the United States government illegally failed to hold drug companies accountable when they did not report, or inaccurately reported, crucial data about their drugs’ safety and efficacy.

Between 2007 and 2017, the court held, the Food and Drug Administration knew of instances from roughly 1,000 drug trials in which manufacturers hid or misrepresented data. According to legislation passed in 1997, the FDA must publicly report such breaches. But to this day, they have not.

One week later, Donald Trump announced COVID-19 was “very much under control,” safer than the flu, and cases would soon be zero. We learned that the government would shrug its shoulders just as brazenly with COVID-19 as it had with drug company deceit. The federal government would become a stone-faced observer for the country’s most dire national disaster in a century, a failure that quickly eclipsed perhaps the most important legal decision on public health in a century. But it all comes full circle, eventually.

Millions of lives now depend on companies’ transparency that have spent decades hiding and distorting their scientific data. Pfizer, Moderna, AstraZeneca, and other drugmakers were put in charge of the best short-term option the world has for stanching the flow from a biblical pestilence that has killed hundreds of thousands of Americans and millions more globally (so far).

In public statements more befitting an SNL cold open, or perhaps an Onion headline, the drug companies have repeatedly promised to be transparent and ethical in developing, testing, and distributing COVID vaccines. But these are not just old dogs claiming to learn a new trick. These are morbidly obese, henhouse foxes with a Cheshire grin and a golden toothpick in their teeth.

Dr. Peter Doshi, a health services researcher and editor at the British Medical Journal, is familiar with that grin. Doshi examined hundreds of thousands of pages of study reports dumped on his head by spiteful drug companies forced into “transparency” by public outrage when it was discovered they hid and misrepresented data on Tamiflu years ago. The pricey blockbuster drug, stockpiled by governments as a bioterrorism remedy and commonly used worldwide as a “cure” for the flu, is no better than a dose of ibuprofen at the local pharmacy. This we learned from Doshi, Tom Jefferson, and others who gave years of their lives sifting through the data.

Now, Doshi, a default transparency watchdog for the drug industry, has published what amounts to a transparency challenge for Pfizer, Moderna, and other vaccine makers. After reviewing published data this week, he reports on a number of gaping holes in the vaccine data, holes that need to be filled if the company claims their vaccines are considered credible.

Most prominent and most concerning, is the absence of data first reported weeks ago by editors at TheNNT.com, an open access, physician-run website for health care evidence reviews. Doshi confirms: FDA documents show in Pfizer’s vaccine trial thousands of patients experienced “suspected but unconfirmed” COVID-19, with no mention of who was tested, or how many. Were suspected cases all tested, as the study protocol calls for? Were they tested equally in vaccine and placebo groups? With just 170 cases of COVID-19 reported in the trial, but more than 3000 suspected cases, any imbalance in testing between groups could easily affect—or even reverse—the trial’s results.

Doshi also points to 371 study subjects mysteriously “excluded” from Pfizer’s analysis and the potential effects of unblinding caused by vaccine injection side effects. His points are valid and crucial, each representing potentially game-changing results from the trial—and each could be resolved with access to the raw trial data.

So how about it, Pfizer? And Moderna? Is genuine transparency something you can do? In the modern world’s moment of greatest humanitarian crisis, can you open the books? Or have decades of hiding and distorting hardened you? Can you show us you’re willing to play fair?

If only we had a government of the people, instead of above the people. This would be a snap. 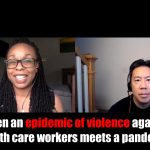 Why do I laugh during a pandemic?

How transparent were the COVID vaccine trials?
1 comments