The day before the United States border with Canada shut down to non-essential travelers, my mother left Chicago to take care of my grandparents who lived by themselves in Ottawa, Canada. With the COVID outbreaks at nursing homes, she took it upon herself to stay with them as long as they needed her. During the following months, my grandpa sustained another heart failure exacerbation, and my grandma was diagnosed with metastatic colon cancer. The rest of their three children obtained entry to Canada while agreeing to quarantine for two weeks to help my mother in what was the beginning of the end of her stay in Canada.

I would have given anything to hold even one of their hands in those final days. Instead, I went back to the COVID-ICU, where I had to be the physician to tell families that they, too, would be unable to hold the hands of their loved ones who had reached the end of their harrowing battle. Some families chose to say goodbye over FaceTime. Others chose the option of standing outside the room for a maximum of fifteen minutes before palliatively extubating and then leave, knowing it would be their last time seeing their beloved alive. When I finally had a non-COVID patient with ESRD, end-stage COPD, and bacterial pneumonia, I felt like I had some control to enable someone to pass away in a manner he might have wanted. He had been intubated in the emergency room before he arrived in the unit, but his children were already starting to feel that that measure was too aggressive. They did not want him intubated for longer than a couple of days before transitioning to home hospice if possible. It became personal for me that this man gets to go home with his family. We continued with aggressive pulmonary toileting, antibiotics, nutrition, and a final session of compassionate dialysis to give him the best shot of making it home once transitioned to comfort care. But he did not pass the spontaneous breathing trials. He was too weak. With a heavy heart, I realized that he may not even survive long enough to leave the ICU once extubated, let alone the ambulance ride home. He would pass away in the hospital instead of in his own bed, under his roof. I felt like I had failed him. When his time came, he had two children at his bedside, holding his hands; the hospital could not allow more visitors due to COVID restrictions. They had accepted this outcome. But why couldn’t I?

I realized that it was because I was still mourning. I was mourning the loss of my grandparents who I couldn’t be with, and I was still mourning all of the other patients who I couldn’t unite with their families in their dying hour. My response had taken the form of trying to help whoever I could get home to pass away surrounded by their loved ones and as far away as possible from the isolating jaws of COVID. I went home that evening, dejected. I called my mother to tell her what had happened. “You would have made him so proud,” was her response. She explained that my grandpa was known for spending countless hours at his patients’ bedsides, at one point creating a makeshift convalescent center in his own home for a patient who needed around the clock care when there were no available beds in the local hospital. For him, being a devoted physician meant to care for his patients in a way that he would want his own family cared for. He never told me that himself, but he didn’t have to. Condolences sent from the children of his patients had already started pouring in.

I have learned during residency to cultivate my own style of caring for the sick. The past nine months saw me cultivate my own style of caring for the dying; feelings of mourning no longer guide it, but it is personal- how can it not be? What is more personal than ensuring that your patient is surrounded by as much peace and respect, and love as possible in his last days? The conversations with grieving families continue to mount as our ICU is bursting with an unprecedented surge of COVID-19 cases. While I have committed myself to acting in their memory, I still have moments where I am surprised to exist in a world where my grandparents no longer do. I have not yet been able to visit their grave under the beech tree, but I know that when I do, I will be vaccinated, and I will tell them about how they made me a better doctor for my patients during a dark, unprecedented period in medical history.

Democracy and the health of a nation 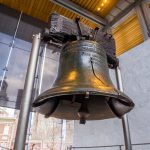 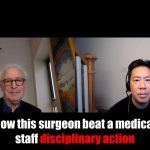