Over coffee and the usual banter in the doctor’s lounge, a group of physicians takes a break from seeing patients after donning off their PPE. The TV is blasting the news, largely ignored, until the focus turns to the COVID-19 vaccine. The newscaster announced that the first group to receive the vaccine would be health care workers. Everyone stops talking; all gaze at the wall-mounted screen. And it gets very quiet.

Vaccine development typically takes many years. There are phases of clinical trials, in which each advancing phase purports enhanced safety and reduced adverse effects for the subjects. In its most nascent times of 562 BC, the process is not new and started on a group of vegetarians in ancient Babylon, who proved the nutritional power of legumes by experimentation. Since the pandemic hit the United States, several pharmaceutical companies announced their vaccines are in phase three clinical trials, including Pfizer, BioNtech, and Moderna. There are various means to create a vaccine. Some are effective by inactivating a viral particle, which leads to reduced immunity and effect. Others are live vaccines, which are weakened, and can prompt an immune response immediately. These also require rigorous safety and effectiveness testing to ensure the disease isn’t transmitted to the person who’s immunized. The other category of vaccines is those that are genetically engineered. Most of the vaccines in these trials fall into this last group.

And being curious about what exactly the messenger RNA (mRNA)vaccine originated from, more investigation was needed. The coronavirus has a corona, Latin for crown. The nomenclature exists because the virus has a spike protein surrounding its envelope, protecting the replicating innards to give off its regal microscopic beauty. mRNA vaccines now focus on this spike protein, purportedly slaying it off. All of the research and development is currently a closed discussion on the pharmaceutical companies’ part, including the progress of all of these highly anticipated clinical trials. In this case, the secrecy may be explained away by the economic and competitive aspect of this lucrative business. However, the vaccine itself may also be a harbinger of potential harm for those to receive the vaccine. This is what concerns most health care workers. Despite Moderna putting forth assurances that vaccine side effects were related to myalgia and fatigue, not unlike the influenza vaccine. The most recent trial from AstraZeneca showed severe side effects, but the side effects’ actual details were not obtainable. Many still are not convinced of the vaccines’ safety. Recent polls by Pew Research show the public’s willingness to obtain the vaccine is decreasing. Recent announcements about the vaccine would prioritize the vaccination of health care workers and nursing home residents. Does prioritization equate with mandatory administration?

Engineered vaccines came to the forefront when the Middle East respiratory virus (MERS), which was caused by the MERS-coronavirus. This was a DNA-based vaccine and only made it to a phase 1 clinical trial. The vaccine search for effective MERS prevention reflected weak data from severe acute respiratory syndrome (SARS), caused by SARS-associated coronavirus (SARS-CoV). Animal research yielded information that could not be successfully applied to human populations. In mouse models, complete protection was observed in younger mice but limited in older-aged mice groups. The latter would raise a concern about whether the vaccine would exhibit the same traits in elder human populations if vaccine efficacy was translatable.

The rushed nature of the clinical trials casts more uncertainty rather than assuaging it. Pfizer requested emergency use authorization from the FDA, which has given its approval for the vaccine administration. Health care workers take care of sick patients, so it is certainly imperative for them to be in the best health possible, but concerns about the vaccines’ safety are not unwarranted. Also, the long term effects of these are impossible to know for years to come. These issues could potentially replicate the problem, turning those aiding the sick into patients themselves.

mRNA vaccines are relatively new, and there are many variables to contend with. Other downstream effects from using new technology for the virus and the uncertainty revolving around that definitely is a cause for concern. Because of the limited clinical data, there are no long-term studies to demonstrate effects down the road. Other concerns include inflammation and autoimmune reactions, which can be serious adverse effects from the vaccine. The mRNA vaccines are dependent upon reactogenicity, which are the body’s transient but intense side effects after administering the vaccine. These are supposedly not long-term issues; however, they’re quite severe, especially after the second dose of the vaccine series proposed for the mRNA vaccines for COVID-19.

The FDA report on the Pfizer/BioNtech collaborative vaccine has been released, and the FDA approved the vaccine for emergency use administration (EUA). The first dose of vaccine was given, and then another dose was administered 21 days later. There were more short term data. Comparisons were done of the placebo and vaccine groups. There was more reactogenicity observed with the second dose. These symptoms included injection site reactions (pain, redness, swelling)and systemic ones (fever, fatigue, headache, chills, vomiting, diarrhea, new or worsened muscle pain, and new or worsened joint pain) antipyretic/pain medication use was recorded in an e-diary.  Over 80 percent of the study participants were white. There was randomization and control of both placebo and vaccine groups. However, there was not much data with great confidence intervals to show efficacy, nor was there robustness to demonstrate long-term efficacy or safety because the study is ongoing.

So the question is, as doctors on the front lines, what do we do? Our oath is to do no harm but if we don’t rise and ask more questions, are we doing that? The protective role of the vaccine is still unknown, as well. Much like elderly mice who received the MERS vaccine, there are questions about how our elderly population would respond to this vaccine. And down the road, will everyone suffer other consequences from this vaccine? Only time will tell.

Dalia Saha is a nocturnist. 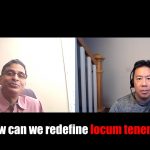 Medical residents signed up to live in the hospital, not to die there

What worries this physician about the COVID-19 vaccine
2 comments