I stood inside the door of “una chosa,” Spanish for “a hut” — the walls bamboo and sunbaked mud; a broom-swept dirt floor; two open windows partially covered by tattered cloth; no running water, no electricity. The acrid smell of smoke from the wood fire in the open brick oven permeated the air. Then I saw her. Lying on a bed made of wood and rope was a young woman. To my astonishment, she had a gastric feeding tube and foley catheter. Her arms and legs atrophied, contracted, her breathing shallow and rapid. Rivulets of sweat traced down her face. The oppressive heat and humidity of Honduras in August punctuating the surreal scene in front of me.

Wendy, a third-year medical student, and I were doing home visits as part of a medical team serving in El Triunfo, a village of 5,000 people in southern Honduras. We traveled by truck, over rock-strewn, dirt roads, crossing several small streams to a village of 50 families. We did not know what type of patient we would be seeing. Most often, the home patients are elderly and bedridden by severe arthritis or an incapacitating stroke, but not this time.

She was 21 and healthy until the year prior, when she collapsed, never to regain consciousness. She was carried in the back of a truck, over mountainous, rocky dirt roads to the hospital in Tegucigalpa, arriving 8 hours later. They received the news; nothing further could be done. Their hopes shattered, she returned home the same manner as she had arrived, now with her permanent feeding tube and foley catheter. To my surprise, the husband handed me the CT scan of her head done at the hospital. I raised the images to the sunlight, a large intracerebral bleed readily apparent. I slowly lowered the tell-tale pictures and looked at Wendy. Her past history is now answered.

Clinically she was infected. She had a fever. The urine was concentrated and cloudy, a recent change per her husband. I told him we had antibiotics that could be given through the feeding tube and the importance of keeping her well hydrated. As we prepared to leave, our hearts heavy, the husband began asking more questions. Could we not give her something to make her well again? Then I understood. He believed that as a doctor from the United States, I could heal her and bring her back to him. After all, I was from America, and it had the best of everything. Such unrealistic expectations are not uncommon. I explained what the CT showed and confirmed there was nothing I nor anyone else could do; she would not recover. He began to sob, head lowered, hands covering his face, as all remaining hope vanished. We took his hands in ours, sat with him, and prayed. What else could we do?

You know this pain, the heartbreak, the suffering. It is part of being a physician. It is part of life.  Thinking back on the 30 years I practiced internal medicine, I remember best those patients where everything medically was done, only to fail. In their moments of deepest despair, all I could do was be present, hold their hand, listen to them, and cry with them. Words are not always necessary.

As physicians, we want to heal our patients when possible. However, maybe your greatest gift to a patent is not healing, for healing is transient.  Maybe, instead, your greatest gift is the ability to be completely present with a patient’s suffering, allowing it to transform you, and in doing so, transform it for them as well. Your presence becomes everything to the patient who feels they are losing everything. As you face what your patient faces, you can better bring compassion to them and, maybe, I believe, better able to extend that compassion to yourself as you do the hard work of medicine. Thank you for your selfless service to those in their darkest time of despair.

8 things physicians should know before they're interviewed by the media 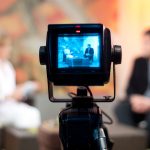 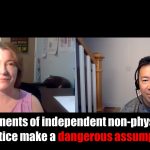