It was Black Friday, and as I held her hand, I knew that she would be dead within the hour.

My breath was stale inside my N95.  The yellow isolation gown was moist and clingy, and the fogged-up goggles gave me that feeling that I was on an extended deep-sea expedition.  Mrs. Carson was still occupying her bed, but really she was already gone.  I had watched the respiratory rate creep up, and the oxygen drop despite the high flow cannula.  Her tumors were suitable for immunotherapy, and she might have had a chance for more time with her family, but this was a different time, a different year.

As I walked down the lonely hallway, I was beginning to feel sorry for myself as my COVID Thanksgiving was dragging on.  My stomach clenched as I felt my phone ring in the pocket of my baby blue scrubs.

“We just made gumbo, and everyone is great.  We miss you,” She said.

I was missing another holiday.  As a hospitalist, I know the routine.  Life goes on, but this was 2020, and nothing was normal.

“What are you guys doing tomorrow?” I asked, though I already knew the answer.

“The boys will hunt, and the girls will go shopping,” she said, “Just like any other year.”

I love my family.  But as I thought about them crisscrossing the country to get together for the holiday meal, I felt something like anger.    My mother just turned 70, and her husband has a good six years on her.  My patient, Mrs. Carson, was only 60.  For a second, I pictured my healthy, vibrant mother clawing at a BiPAP mask, seeing the light leave her eyes.  As we spoke, I knew that they were all gathered together in my hometown, a mixing pot for contagion from Oklahoma, Colorado, Arkansas, and Utah.

Masks were a joke, a political intrusion.  I knew that visitors from next door, neighbors popping in to say hello and giving a hug.

This year has been a strain.  I had politely pleaded ignorance when my uncle explained how the hospitals were coding deaths due to Covid to boost their reimbursement.  Yet I had seen six deaths in three days in the first wave, and they were real enough.  I was lectured on the vagaries of the Death Registration System and comorbid conditions.  Patients with multiple illnesses or advanced age were seen as a worthy sacrifice to maintain an economy.  As if we were not all clods of the same earth!  Warnings and pleas from doctors were made into political statements, a commentary on personal liberty, and the government’s intrusion.  My occupation had become a family minefield, and I dared not but tread lightly.

As I spoke with my sister, I pictured my family together in the warmth of my father’s house.  They were toasting one another and consuming vast quantities of delicious food—hugging and merry.  But as I slung my stethoscope around my neck, the weight of the pandemic settled on my shoulders.  My family was dancing on the train tracks.  They were children playing with a revolver.

The heaviness of the situation, me in my world, her in hers, was too much to bear.

“Just be careful,” I said, knowing that she wouldn’t.

The case for decarceration 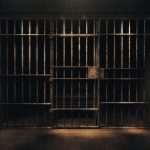 A tale of 2 COVID-19 trials: compassionate use vs. EUA

The family super-spreader event: thoughts on a COVID-19 Thanksgiving
1 comments