I retired on June 30, 2020, after 32 years of solo practice as a dermatologist. Due to the pandemic, some say I was smart to retire when I did. But if I was so smart, I would have retired on February 28th. My practice was simple: three full-time employees, 1,300 square feet, no fancy surgeries or cosmetic procedures, just a plain, old- fashioned medical dermatology practice.

I announced my retirement on January 1. But mid-March rolled around, and things got pretty crazy. Per CDC recommendations, we canceled out all of April. Two of my employees quit due to being at high risk for complications if they contracted COVID-19. Then there was the onslaught of patients calling to get in when we reopened in May. From May 1st through June 30th, 14+ hour days ensued, seeing patients both in-person and via telemedicine.  I did my best to accommodate everyone who wanted to be seen one last time before closing my doors for good.

Early on, patients inquired what they could give me for a retirement gift. I had instructed my staff to tell them, “He would just like a card or note.” I’m at the point in life where I don’t need any gifts. So the cards would arrive in the mail or in person, here and there. Due to the chaotic nature of those last three months, most only got a cursory glance before being tossed into my file cabinet for later review.

My building sold quicker than I thought, and these last few weeks have been spent cleaning it out before the closing. I finally got to my filing cabinet where the thank you notes were kept. I unceremoniously dumped them into a box and brought them home with dozens of other boxes.

This Thanksgiving week, while sorting through all those boxes, I came across the box with all the cards and letters. So I sat down and read the one on the top. And then another, and another, until I had gotten through them all, roughly 400+. There were certain recurring themes. The most common was boasting how they were, as I had told them in the office, my “longest surviving patient,” many going back 30 years or more. One pointed out, as “Patient number 17”, that she held the honor. Since I saw her in my second week of practice in July of 1988, she was undoubtedly right. Another common theme was how many people in the family were patients, some totaling in the dozens. A few fell into the four-generation category. But a lot of them just thanked me for just listening to their problem or being sensitive to their feelings or being gentle during a procedure. One even called me the “Mr. Rogers of Dermatology.” All while doing what I thought was providing the basic care everyone deserved, no matter their age, race, sexual orientation, creed, or economic status.

At that point, I realized Thanksgiving came early this year, and I missed it. It was a reminder of why many of us go into medicine. I didn’t go into medicine for glory or fame. Nor did I go into medicine for financial reward.  Still, I often told the resident physicians I was training, after seeing a particularly kind patient, “Can you believe we just got paid for seeing such a nice person?” I went into medicine because I enjoyed helping people. Sometimes, we need a little reminder of that. Or, in this case, a big box of reminders.

Marc L. Frost is a dermatologist. 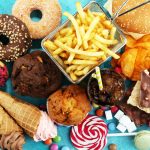 How to turn gratitude into a positive force 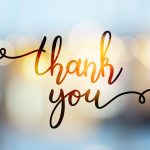