I was a fellow physician in neonatology, and my contract was recently not renewed for my three-year fellowship at the end of the first year. My experience highlights the examples that, at times, physicians are treated in a disposable manner. COVID-19 is certainly taking a toll on health care workers. So, too, are oppressive practices and unfair treatment of trainees.

The reasons provided to me for why my contract was not renewed concern mentorship, PPE, and I relayed feeling bullied by a peer. Of note, employment practices were recently investigated by a law firm, citing numerous concerns for retaliation and bullying. At that time, HR stated they are aware and making changes.

A dental student in the College of Dentistry recently “replied all” to an email and was initially threatened with an administrative hearing and possible dismissal. However, involvement with the state legislature helped dismiss charges of “professional misconduct.”

In June, I walked off the unit to take a call with the hospital ombuds. A nurse manager handed me my face shield during the call. I followed up because I had a mask on and was confused as I did not think I had broken policy. The policy was to have full PPE (mask and shield) in the clinical area. I was just outside the clinical area. I asked if someone had complained. That person said something to her manager, and it was communicated to the program director. This was used to support not renewing my contract to say they had “behavioral concerns.” I was provided no opportunity for due process. I apologized to the person on learning this feedback, and she told me, “I would not say you were argumentative.”

My program director also changed my academic mentor, saying I didn’t “accept it” and questioned her ability to do so. This was someone who helped recruit me to the program (he is the head of the division) and made a personal commitment to my success in the program as a neonatologist. When that was taken away, I no longer felt I was being supported in the program with my career goals. I chose the program because of the unique aspects of being able to learn echocardiography and hemodynamics in addition to neonatology. This was my area of research. Despite that, even though I had concerns and was upset by the change because I did not see the new mentor as a mentor figure, I did what was asked of me by the deadline provided to submit a contract with her (of note, contracts were not required of other fellows). The new mentor did not respond or sign it as she was starting service (I myself was on service). I had a meeting with the program director the next day, which was canceled. I waited ten days before receiving further communication, at which point I learned my contract would not be renewed.

I voiced concern about a peer bullying me. The program told me she did not want to discuss it when I learned this person was gossiping about me with other faculty and fellows and referred me to HR. I stated after a tense sign-out that I had not previously in training felt bullied in this manner. I was never approached about it; the program and GME used this to support not renewing my contract asserting that I had called the colleague a bully. The hospital tried to protect the individual’s identity when I submitted an anti-retaliation complaint, although the identity of the person was revealed to me inadvertently when I asked for my faculty evaluations to be printed by a secretary in the division. My faculty evaluations were satisfactory; I was performing at the level of a first-year fellow. These issues, including a narrative from a meeting in April that was not shared or reviewed with me (and not supported by documentation), are being used to cite “professionalism concerns.” I was placed on a performance plan for a month and dismissed with little formative feedback and engagement from the program. The feedback I was receiving on service and call was positive.

The AMA recently called attention to bullying in medicine in a November meeting. Infrastructure is needed to support trainee concerns and prevent retaliation. It is disheartening. We are in the middle of a pandemic, and I am being derailed out of my career for trying to advocate for myself, and it is largely over mentorship. The unit I worked on recently implemented a set of professionalism values acknowledging cultural aspects that need a positive change and engagement from staff. The hospital did not follow its own policies (particularly notice of contract non-renewal) nor those of ACGME. I was notified on June 25th, less than two weeks before the end of my contract. We take an oath to do no harm, but I do not know why it is permitted to treat trainees as disposable with little accountability as institutions. We deserve better.

A record number of guns were sold in 2020: Should we be concerned? 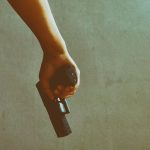 Why male circumcision should be delayed 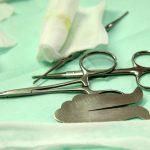