In his seminal 1977 Science magazine article, “The Need for a New Medical Model: A Challenge for Biomedicine,” Dr. George Engel outlined the biomedical model’s limitations and proposed a new model, which he termed the biopsychosocial model. The biopsychosocial approach systematically considers biological, psychological, and social factors and their complex interactions in understanding health, illness, and healthcare delivery. In many ways, this approach sounds so intuitive and obvious but when it was introduced, critics asserted that “the physician should not be saddled with the problems that have arisen from the abdication of the theologian and the philosopher.” Another called for the “disentanglement of the organic elements of disease from the psychosocial elements of human malfunctions.”  Despite these reservations, the biopsychosocial model plays a central role in medical school curricula and continues to provide the theoretical underpinning for the whole person and patient-centered practice.

There has been an increased focus on the impact of social determinants on health outcomes in recent years.  This focus has mirrored the advent of population health as a discipline and has also been facilitated largely by the availability of data and analytics that support robust outcome measurement at both the population and individual patient levels.  Forty-one years after Dr. Engel introduced the biopsychosocial model, the American College of Physicians (ACP) published a position paper in which it acknowledges the role that social determinants of health play in a person’s overall health and health outcomes. There is irrefutable evidence that where a person is born and the social conditions they are born into can affect their risk factors for premature death and their life expectancy.  A Virginia Commonwealth University study in 2015 showed that babies born just a few stops away on the subway’s Green Line in Chicago face up to a staggering 16-year difference in life expectancy.

These sobering statistics are impacted by environmental conditions, housing, transportation, access to food and healthy food, the digital divide, and racial and ethnic disparities.

A 2019 Journal of the American Medical Association (JAMA) article found that most U.S. physician practices and hospitals are screening patients for at least one social need (most often, experience with interpersonal violence), and most are not screening patients for the five social needs that CMS has prioritized: food insecurity, housing instability, utility needs, transportation needs, and experience with interpersonal violence. The encouraging news is that the JAMA data found that practices that serve more disadvantaged patients reported higher screening rates. Nearly one-third of federally qualified health centers screen patients for all five needs. Practices with exposure to delivery and payment reform, including primary care improvement models, bundled payments, and commercial accountable care organization (ACO) contracts, are more likely to screen.

The widespread availability of this information will ultimately facilitate the development of interventions and programs that will help mitigate the deleterious effects of these socioeconomic factors. Much of this work will require deep collaboration across multiple entities, federal and state governments, community resources, social services, and health care delivery systems.

Four decades after Dr. Engel described the biopsychosocial model, many of his students are still working to implement it fully; he would be proud of these efforts.

A Christmas wish: Thank you for the sacrifices you make and all you do to care for our patients

How to develop a mission-driven personal brand [PODCAST] 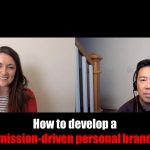