I began my career in psychiatry with the desire to work with dying patients. This is an odd way to begin, but I had begun my career with interest in oncology and eventually discovered the field of psycho-oncology. After graduating, the first population I worked with was HIV infected individuals when an HIV diagnosis was a certain death sentence. The work centered on helping the individual accept their impending death and work with them at creating a “good death,” one that there was family and loved ones involved.

The central theme was the use of time, which, although shortened by the diagnosis, did allow for some of this work. At times individuals were helped, but there were other times that they were not. The issue was that acceptance, and the calmness that seems to come with it was not always accessible. Kubler Ross had created a very neat package, but not everyone fits into this model. With time, however, we would lower the amount of psychic distress despite the horror of watching young men and women die too soon.

COVID-19 changed our approach to dying. To begin with, the time from diagnosis to death was days, rather than weeks or months. Nevertheless, a part of the dying process that did not exist was the presence of those that they loved. There are no visitors; the only communication is using screens. The health care provider is covered from head to toe. We cannot see the smiles or frowns on anyone’s face. The lack of visitors has a chilling effect. Visitors connote the innate humanness of the individual. The visitors show us a person who, before this episode, had a life and people. The visitors open up a part of the individual’s life that we are not often privy to. I recall early in my career watching the visitors in the oncology service. By virtue of visiting, they transform the “patient” into a mother, father, brother, sister, child, parent, spouse, or partner. Their existence came to full view by watching these interactions. The lack of visitors also opened up discussion, especially around the loneliness and fear that comes with the process of dying.

Early on, the mental health provider decided that screens were useful, but they did not take into account the value of one’s presence, especially to someone so close to death. We avoided the patient due to fear. Fear of contagion, although warranted, has a profound impact on the therapeutic relationship. People speak of the difficulties in doing adequate evaluations using an iPad or Android tablet, but what about helping a person deal with their fear of death, especially when we show that we are so fearful we will not even go into their room.

Alone and frightened is the way COVID patients die. The only touch is that of a clinician checking an IV line or moving a limb. There are no faces, just eyes staring at you.

I am not even sure we can do better given our knowledge. I hope that we learn that we can protect ourselves from the infection, thereby allowing us to at least go to the bedside more often and at least try to touch our patients with our words. 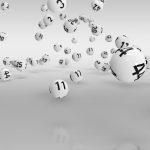 6 ways to help children navigate the challenges of 2020 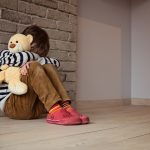