When you flick a domino, a chain reaction is inevitable. Joseph Epstein succeeded in creating such a reaction. His inflammatory Wall Street Journal op-ed deriding Dr. Jill Biden’s academic title has become a call to arms across the social media landscape. The armies of Twitter and Facebook have assembled across the pixelated landscape. Hasty battle plans in forum posts are drawn, ignoring the decorum of discourse or adequate execution of argument. Verbose volleys are launched with ire at the perceived misogyny and male chauvinism behind the titular criticism, calling for censorship and even editorial resignations. Ballistic banter is cast in retaliation, claiming that identity politics have swayed the message into a gender-charged polemic. No matter how you look at it, a national conversation has emerged over the appropriate use of the title “doctor.” But where does this title actually come from? And how has society altered its original meaning?

I am in my fifth and final year of orthopedic surgery residency training. Over the last five years, since graduating from medical school, I have been referred to as “doctor” by my patients and colleagues (and often in light-hearted jest by my friends). For physicians and surgeons, “Doctor” is a title distinguishing our years of education, training, commitment to patient care, and continued advancement of the field through teaching and research. But we do not hold supremacy over this term. Nor is it appropriate for only medical doctors to be referred to as “doctor.”

The word “doctor” originates from the Latin verb “docere,” which means “to teach.” In the truest essence of the word, a “doctor” is a “teacher.” The original doctors were 14th-century theologians who were granted the moniker by the Church, bestowing them with the authority to speak on matters of religion. The title evolved during the Renaissance, distinguishing those achieving the highest levels of education in philosophy, which at the time encompassed the study of divinity, law, and medicine. As history crawled on through the 17th and 18th centuries, so too did the salutation of “doctor.” Physicians routinely assumed and were referred to by this title, particularly in the United Kingdom and across its many colonies. Interestingly, surgeons of the day were still heralded as “Mr.,” as their educational pedigree stemmed more from apprenticeship than pure didactics. In some countries, surgeons to this day prefer to be addressed as “Mr./Ms./Mrs.” rather than “doctor,” paying homage to their educational ancestry. Outside of medicine, 19th-century doctors attained the highest level of education in their respective fields, from music to art to education.

When viewed in light of the historical context, few people are more qualified to be called “doctor” than Dr. Jill Biden. A lifelong educator, holding an EdD from the University of Delaware, she embodies the original essence of a doctor as a teacher. Regardless of one’s stance on the provocative op-ed and its domino effect of angry discourse, one thing is certain: before criticizing and making claims about terms and titles, take a minute to actually learn the history. It’s the doctor’s orders. 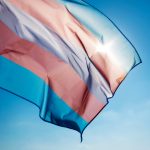